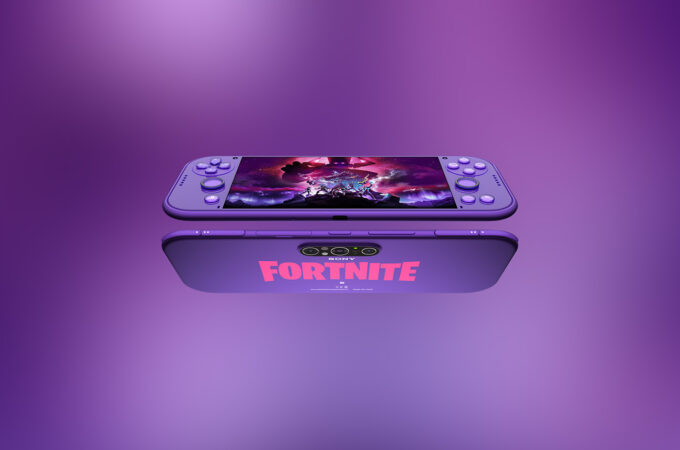 Many believe that the PS Vita was buried by the popularity of iPhones and the iPad Mini, which was quickly proved wrong by the Nintendo Switch. Sony simply didn’t know HOW to properly make and market a portable console. Ever since 2008, when we started this site, we’ve covered gaming phones multiple times and several PSP Phones. Today’s concept is a PlayStation Phone, that finally looks great.

The creation of Anesthétique Projets, the device is known as PlayStation 5G and it’s meant to shrink the capabilities of a PS5 into the body of a PS Vita. In spite of the name, the device is supposedly meant to rival the Nintendo Switch Lite. PS5G is incredibly slim, almost at the level of a smartphone. It has an impressive triple camera setup and 5G connectivity. The source also quotes rumors about a portable PlayStation focused on cloud gaming, rather than cramming the best components inside.

It’s either solely based on a Sony cloud gaming platform like PS Now, but improved, or compatible with all biggies: Google Stadia, Amazon Luna, GeForce Now, maybe even Microsoft’s platform. We could end up with Android as the OS here, in tweaked version and with a generous launcher/game console. The core idea of the concept is that using the speed of 5G you have enough latency and connection speed to play PS5 level games anywhere. We get two discrete analog sticks, small quad shoulder buttons, D Pad and 4 action buttons.

We even get a dedicated PS button and share button, like the PS controllers have. The PS5G is shown in white, black and purple and probably comes with a 6.5 to 7 inch FHD or QHD screen, maybe even with a higher refresh rate, plus a lot of AR functionality, otherwise I can’t see the point of the camera.

Honestly I can’t quite fathom how you can fit such tech into such a slim body. How do you feel about the PlayStation 5G?