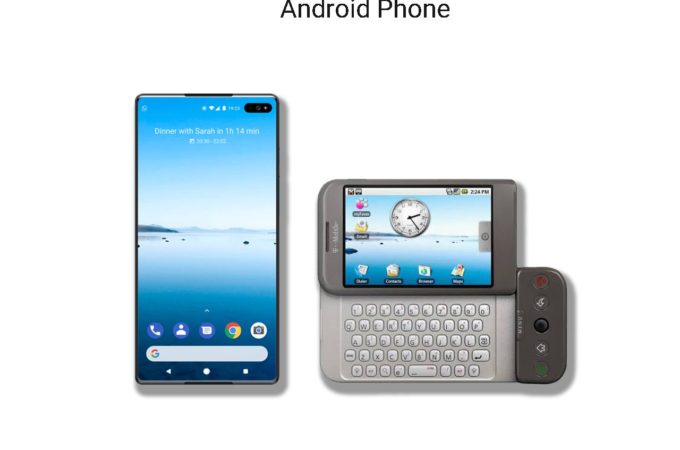 I don’t know if you know this, but for the past few days Google and big tech publications have been celebrating ten years since the first Android phone was launched. It’s the HTC Dream, in case you didn’t know and it’s been a decade since its debut. To celebrate that designer Albama Fadhal envisioned a 10th Anniversary Android Phone, which you can see below. 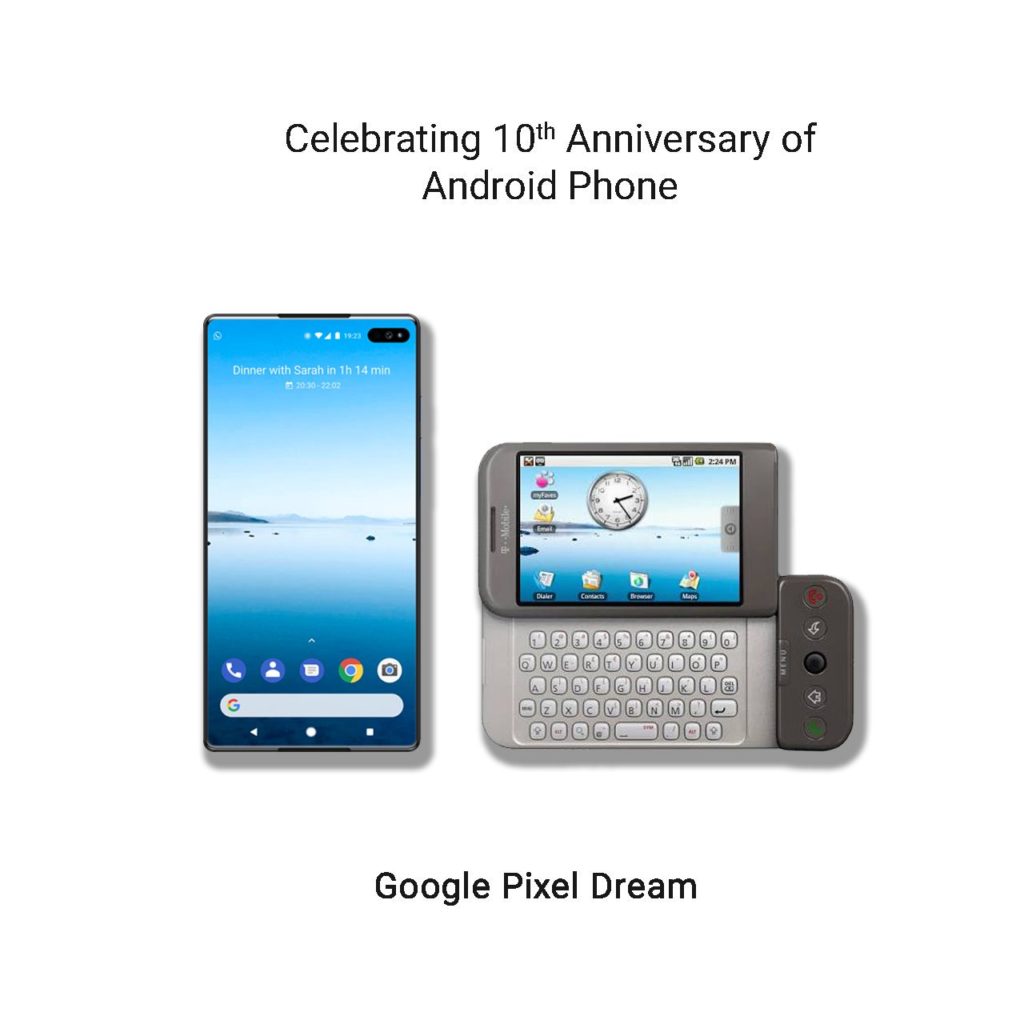 Named Google Pixel Dream, the newcomer is pretty interesting, because unlike many other anniversary phones it doesn’t strive to look like the original. It has a very modern approach, with ultra narrow bezels, but also keeps the front stereo speakers, in Pixel format. I’m not very sure, but we seem to be getting a camera cutout within the screen on the top right side, unless my eyes are failing me.

You know what would be cool? If a keyboard would slide out from behind the screen part and reveal some QWERTY action. Of course, it would seem dated nowadays, but at least there will be the surprise factor. A move to a dual back camera seems like a must at this point. Too bad that the designer didn’t reveal the back of the phone. Another cool idea would be to have modularity come back or the device let you attach keyboard modules to it…

About Kelvin
Passionate about design, especially smartphones, gadgets and tablets. Blogging on this site since 2008 and discovering prototypes and trends before bigshot companies sometimes
Sony Xperia Active II Brings Back some of That Tough Love   Samsung Galaxy S10 Gets Fresh Concepts, With Triple Back Camera, Simple Design