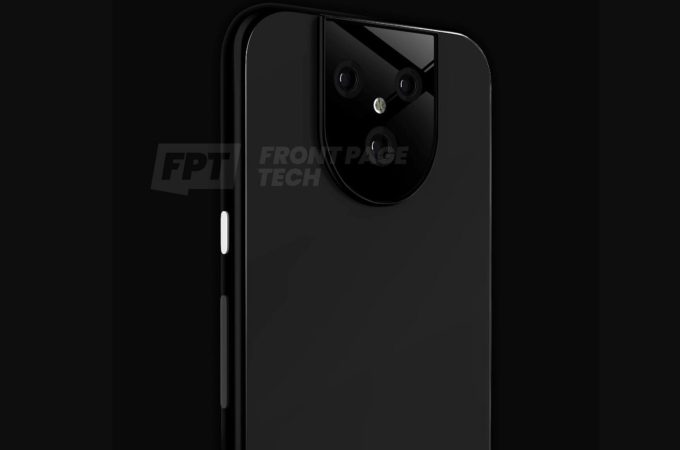 This time last year we were constantly seeing those square cameras of the Pixel 4 and iPhone 11 and feeling that they weren’t cool. Now Google wants to no longer be mistaken for Apple and will propose a new camera design for its Pixel 5. Let’s see the leak!

First of all the source is Front Page Tech’s Jon Prosser, who unveiled this design of the Google Pixel 5 XL. The new camera module is beefier, uglier and features 3 sensors. Google kept the main camera and telephoto camera, but also added an ultra wide shooter. The source quotes an “extremely reliable source” for the renders and mentions 3D CAD files for one of 3 early prototypes. Google is said to pick one at the end of the Spring 2020. I can’t even name the shape of the camera, but I feels a bit like a modern doorknob of sorts.

We also expect a Snapdragon 865 CPU inside, 5G support and 8 GB or 12 GB of RAM. There should also be a 6.5 inch screen on board, maybe even bigger, but I have a hard time believing that Google will offer us 120 HZ screens. I think that 90 Hz is more plausible. The mid October time frame for the debut is still plausible, plus a Pixel 4a debut in May at Google I/O 2020. The front side of the Pixel 5 XL is going to look similar to the Pixel 4, big forehead and all, but it will be a bit narrower this time around.

We could see Project Soli killed apparently, but don’t bet on it. I look forward to seeing what the selling point will be for the Pixel 5, aside from Android 11.

About Kelvin
Passionate about design, especially smartphones, gadgets and tablets. Blogging on this site since 2008 and discovering prototypes and trends before bigshot companies sometimes
Samsung Galaxy Z Flip 2 Already Rendered by Ben Geskin; Too Early?   Huawei Mate X 2030 is the Flexible Phone of the Future