Google Pixel 7 5G Gets the Best Looking Render Yet 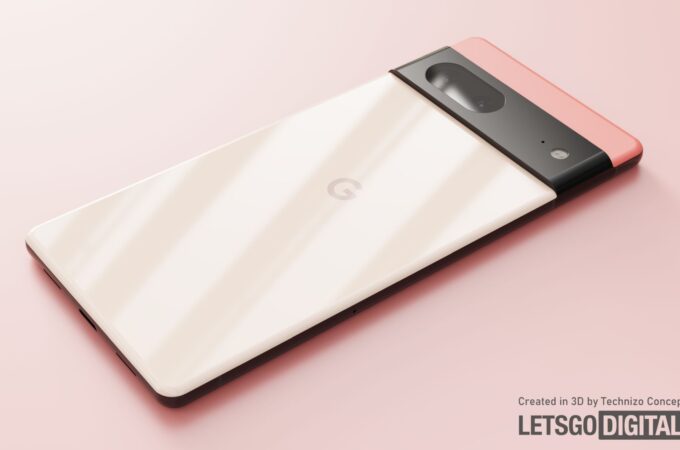 Google Pixel 7 may well soon be upon us, although you shouldn’t expect it at Google I/O 2022, where the Pixel 6a will more rather come. Instead it should drop in October, as Google’s Fall flagship, perhaps with a new Tensor CPU on board. In the meantime Technizo Concept created a brand new batch of renders for the Pixel 7, published on Letsgodigital. We even have a video of the device below.

The back side camera reminds me of the visor that one of the characters in Star Trek had. Was it Jordi LaForge? Or something like that… Anyway, the lack of symmetry may be bothersome, but least the dual camera is more elegant than we’ve seen on the ZenFone 8 or iPhone 13, I have to say. Marrying the hump of the back side to the sides will be difficult, as inspiration can be drawn from the Galaxy S21 series, S22 or the OnePlus 10 Pro even.

Designer Parvez Khan, aka Technizo Concept based his renders on the info leaked about the Pixel 7 and also other renders from before. Display analyst Ross Young recently reported on Twitter that the display panels are being shipped a month earlier than last year. This means we may end up with a faster launch of the device compared to 2021, maybe in September? The lower than usual is present and there’s talk of a 6.3 inch OLED screen here, as the new model will be slightly smaller than its 6.4 inch predecessor.

The back side will offer a two tone housing and edges will be smaller than the predecessor’s. Google will opt for a glass back and a metal frame, while the new Pixel also adopts a flat display, much like the predecessor. It should also have a Full HD+ display resolution and a 120 Hz refresh rate, a jump up from the 90 Hz screen of the model before. The dual camera will most likely be a 50 MP main shooter affair and a 12 MP ultrawide cam affair too.

There’s rumors about the second cam also upgrading to 50 MP. I guess we’ll wait and see.

About Kelvin
Passionate about design, especially smartphones, gadgets and tablets. Blogging on this site since 2008 and discovering prototypes and trends before bigshot companies sometimes
How to Choose an Online Casino: Top 10 Tips   Successful Gambling Guide: How to Succeed at Three Card Poker