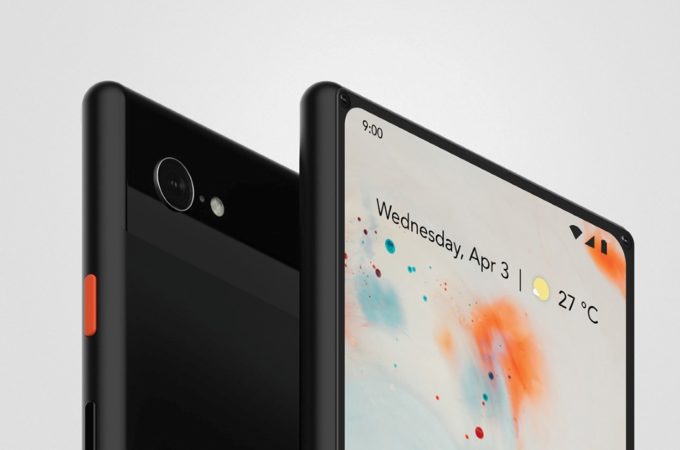 Google Pixel has registered an uptick in rumors lately, with a Pixel 4a box popping up and also a Pixel 5 render or two. Now there’s a fresh Google Pixel concept, that gets rid of the huge bezels and avoids the notch. It’s the creation of Ferdinand Aichriedler and it feels a bit like the Nokia N9.

Pixel 3 XL and Pixel 3 had huge bezels and ugly notches, while the Pixel 4 had a gigantic forehead. Now there’s the Pixel Vector, which even ends up having a fabric version (fabric on the sides). It still has two front cameras, nestled in a corner discretely. There’s sharp edges, gently curved corners and what seems to be a flatter top and bottom. Somehow a single lens camera makes the cut again and it’s definitely prettier than the Pixel 4a camera that leaked recently. I mean, a whole square for a sensor!?

There’s still the colorful Power button that appeared on the other Pixels and the whole thing totally feels like a Nokia. The selfie cameras are well hidden in the top corners, I almost didn’t notice them. The top of the back totally feels like the Pixel 3, by the way. I still can’t tell if the fabric model is a case or an actual version of the phone. Judging by the free patch around the USB-C port, it may be a case. Imagine how bad it would stain from your sauce and KFC drenched fingers… or following some Cheetos.

This only gets a pass from me if it gets the Nokia branding.

About Kelvin
Passionate about design, especially smartphones, gadgets and tablets. Blogging on this site since 2008 and discovering prototypes and trends before bigshot companies sometimes
LG Velvet Fan Art is Pretty Damn Impressive   PlayStation 5 New Renders are Inspired by the Latest DualSense Joystick Presentation