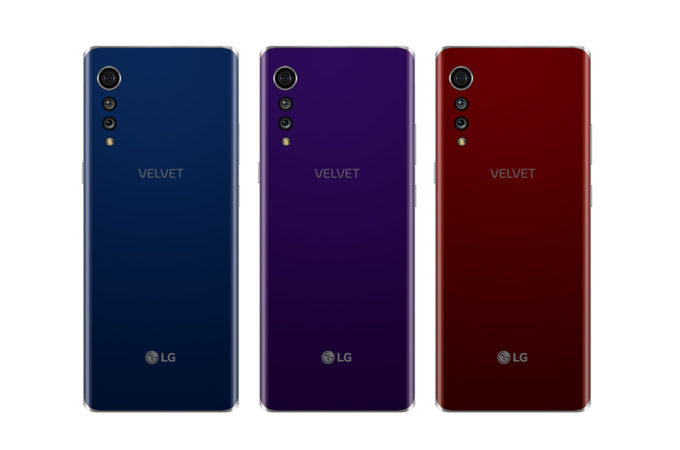 LG is going through a bit of a transition now, trying to reinvent itself as the “flagship-less company”. Apparently they killed the LG G9 project, because they didn’t want to pay the big bucks for the Snapdragon 865 CPU. They’re going to launch it though under a different a name with a Snapdragon 675G. In the meantime they’re preparing the brand new LG Velvet, which was leaked a few days ago and now gets some fan renders.

The design totally screams Xperia 1 and Xperia 5 to me, thanks to the long format, which is probably a 21:9 affair. The new camera approach actually reminds me of the Motorola One models, which claim that their way of integrating cameras resembles “an exclamation mark”. The collection of cameras also feels a bit like a pair of earrings. The screen has an interesting approach, since it’s got a narrow bezel, but also a sort of angular way of curving on the sides. We’ve sen the LG Velvet leaked in sketches days ago.

It reminds me a bit of the Xiaomi Mi Note 10. I like the black model particularly and that wallpaper is badass. The triple back camera seems like an obvious choice, but I wonder if LG will go all the way with cool optical zoom and new ultrawide camera, or just give us a midrange package. There’s been multiple mentions of reviving the Chocolate series, so we may actually get a fashion phone with lesser specs. One of the versions created by the source designer actually has a back covered with velvet.

I sure wonder what Sony is thinking about this…

About Kelvin
Passionate about design, especially smartphones, gadgets and tablets. Blogging on this site since 2008 and discovering prototypes and trends before bigshot companies sometimes
Since Moto RAZR Got a Comeback, Why Not Motorola Aura?   Google Pixel Concept Finally Gets Rid of Notches, Channels Nokia N9