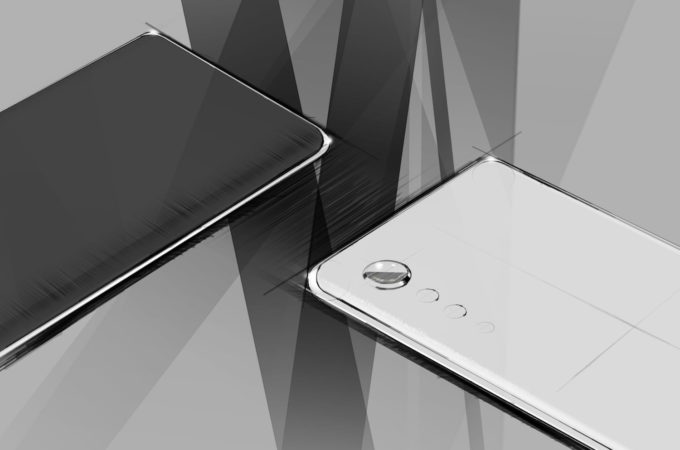 LG hasn’t been the most relevant phone maker lately, even though back in the day they made two Nexus phones in a row. They used to innovate, as they had the first Quad HD screen phone on the market, the LG G3, but now they’ve been relegated to launching generic phones with solid cameras and badass DAC amplifiers. Apparently, they’re done with that and they want to innovate the design again.

The company has just showcased sketches and teasers for a minimalistic concept phone, that’s quite different from today’s phones. It seems to go back to the time when Nokia and Sony Ericsson were experimenting with designs. The conceptual drawings may be associated with that mystery phone that’s been leaking. Turns out that the LG G9 was supposed to be a flagship, but then the Snapdragon 865 CPU got too expensive with the bundled 5G modem. LG decided to opt for the Snapdragon 765G instead.

Design-wise, there are two key items highlighted here: the Raindrop camera array and the brand new 3D Arc Design body shape. The 3D Arc Design is supposed to make the phone more comfortable to hold than any other previous model before. It has symmetrically curved edges and it reduces the number of sharp angles, also improving the visual style of the phone. We’ve seen big companies experimenting with a large number of formats lately, including square and rectangular cameras, round ones, protruding ones and more.

The line arranged side placement is definitely not new and Sony has been doing it for a while. Also, LG was known for a period for putting its camera in a horizontal line. The new LG model arranges its cameras from bigger lens to smaller, starting from the top. Cha Yong-duk, the head of LG Mobile Communications Design Lab claims that the phone will “draw on the rich history of classic LG designs, which have always been distinctive at first touch”.

The project seems in its early days, so it may not be the LG G9 after all. LG is also rumored to have killed off the LG G series by the way.

About Kelvin
Passionate about design, especially smartphones, gadgets and tablets. Blogging on this site since 2008 and discovering prototypes and trends before bigshot companies sometimes
PlayStation 5 New Renders are Inspired by the Latest DualSense Joystick Presentation   Google Pixel 5 Gets Fresh Render From Waqar Khan; Here’s a Video!