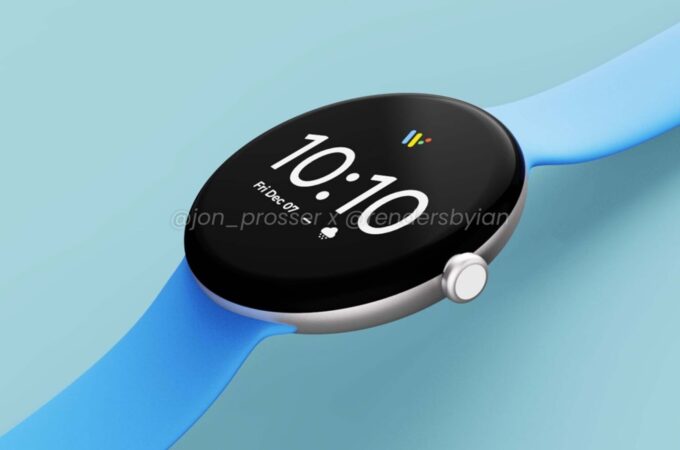 Google has been trying to make and launch a Pixel Watch for a while now, but without concrete results. Now, it turns out that 2022 may finally bring us this product. YouTuber Jon Prosser has somehow scored images of the product and shows them in the video below.

Prosser has made some renders based on real marketing materials he had obtained. Apparently, the new watch will be very minimalistic, circular and curved, with ultra narrow bezels and a slim waistline. It has a singular button, probably rotating Crown one. It will also come with user replaceable bands, that should support most wrist sizes. The Pixel Watch also requires daily charging, so battery life won’t exactly be premium.

The product is also known internally under the codename Rohan, but also as Pixel Watch or Android Watch. Google has yet to decide about a final name for the product. The bezel-less approach here is courageous, leaving a lot of glass exposed and making the device prone to cracking, breaking and other damage. Unless it uses a very hardened glass or maybe a sapphire crystal protection.

The Google Pixel Watch will offer health tracking features, route tracing for Google Maps and probably also some miniaturized Android apps. The new UI is said to be a brand new flavour of Wear OS with a Material You inspired approach. Fitbit services are also integrated. The device was actually supposed to debut with the Pixel 6 this fall, but the chip crisis made it be postponed till 2022.

About Kelvin
Passionate about design, especially smartphones, gadgets and tablets. Blogging on this site since 2008 and discovering prototypes and trends before bigshot companies sometimes
OPPO Teases Concept Phone With Retractable Camera, Find N Foldable Phone   What’s the Appeal of Running a VPN on Your Android Phone