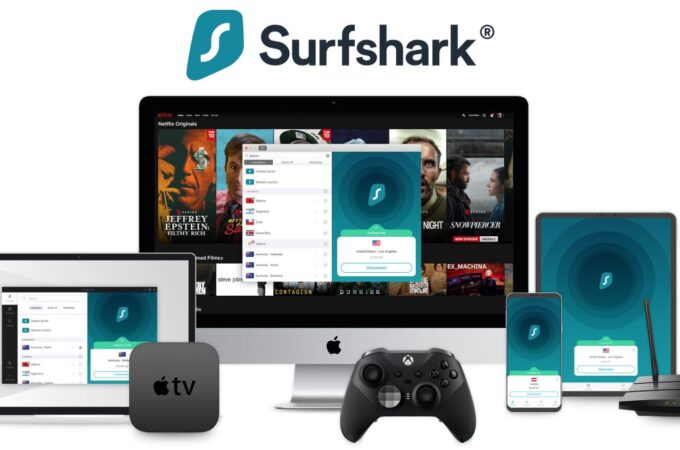 As a huge “Money Heist” buff, I was totally hyped about the series finale that dropped on November 3rd. I just HAD to use a VPN and access it earlier than it was available in my country. I did the same thing when the first Limp Bizkit album in a decade dropped, earlier this fall. And I used Surfshark for that, which we’ll detail below.

Surfshark was launched in 2018 and it first introduced its VPN app for iOS devices the same year. In September 2019, the Surfshark company based in Netherlands debuted an Android app called Trust DNS. It can provide access to websites in highly restrictive countries. In October 2019, Surfshark became one of the first 10 VPN packages to get the official seal of approval granted by an independent institute: AV-Test. Major publications also tested this solution, so you can read an useful Surfshark review.

Another big award came courtesy of CNN back in 2020, when Surfshark was named “best VPN of 2020”. Also in July 2020, Surfshark announced that its whole network was running on RAM-only serves.

I used Surfshark in two forms: mobile app and smart TV app. The first one allowed me to play PUBG New State months before it was released, as it was in alpha and beta phase. Thanks to the Surfshark VPN app on Android, I was able to connect to servers in Singapore and play the game hassle-free and with a decent ping by the way.

I also used it in tandem with my Spotify app to listen to the new Sleep Token album back in September, as the clock hit 00:00 in New Zealand. This way I listened to it about 7 hours earlier than before, because I simply couldn’t wait. Other use cases include getting all the Netflix movie and TV show lineup from another country. Some countries don’t have major hits like The Office or Seinfeld listed, but you can get past that with a VPN. Also in my country, we don’t have Disney+ yet, so a VPN is a must have for a TV show like Loki.

Among the useful features of the Surfshark VPN service there are a Kill Switch, a double VPN feature dubbed Multi-Hop and also the split tunneling function, aka Whitelister. Another useful function is dubbed CleanWeb, which blocks annoying ads and malware (at the DNS level). We also got GPS spoofing for Android, which debuted back in December 2019. What it does is that it hides the device’s physical geo-location by using one of the company’s server locations.

The VPN service provides the following:

You can pay 2.49 dollars per month for a Surfshark subscription and there’s an 83% discount right now. This service ofers unlimited devices, an ad blocker and two factor authentication. The 83% off and 3 months free offer expires today, so you need to hurry.