We’ve written about Timblaer’s Nokia N Arc concept handset here and now the designer is back with an affordable handset. Usually we see concepts of high end high price smartphones, but this time it’s different. The model shown below is an Android One unit, a budget phone. 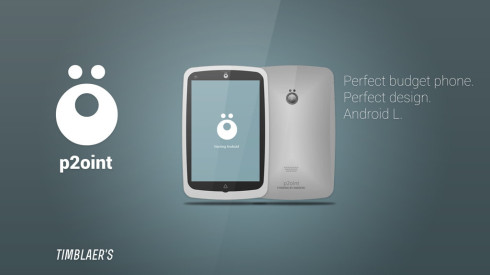 The designer calls it an Android L device and includes a back speaker, a main camera with two flashes (if I’m not mistaking those for something else), as well as a single capacitive button upfront. This model is described as “the perfect budget phone” and it comes with a slightly angular back design and a shell that makes me think of those affordable tablets for children.

Android One was supposed to bring the latest Android software to budget hardware and it’s based on Indian device makers and emerging markets for starters. This handset would do just fine as the first phone of a buyer, or that cheap and low end second phone. The design isn’t conventionally sexy, but it’s appealing in a functional way.

About Kelvin
Passionate about design, especially smartphones, gadgets and tablets. Blogging on this site since 2008 and discovering prototypes and trends before bigshot companies sometimes
Sony Xperia JK is a New Flagship With 4 GB of RAM, Fingerprint Scanner and Front Speakers   Samsung Galaxy Note 4 Uses Bamboo and Ceramic as Premium Materials (Video)