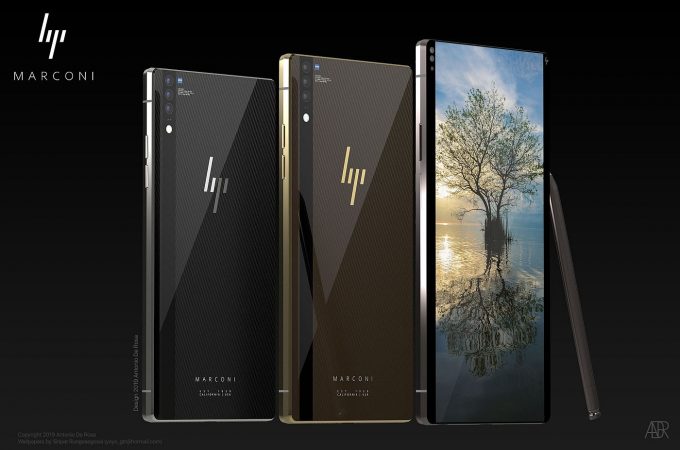 HP used to make a few decent PDAs back in the days, but they failed miserably on the smartphone market. Now they’re back with a device dubbed HP Marconi, that’s rendered by Antonio de Rosa, as a concept of course. It seems like it wants to be a Galaxy Note 9 killer. 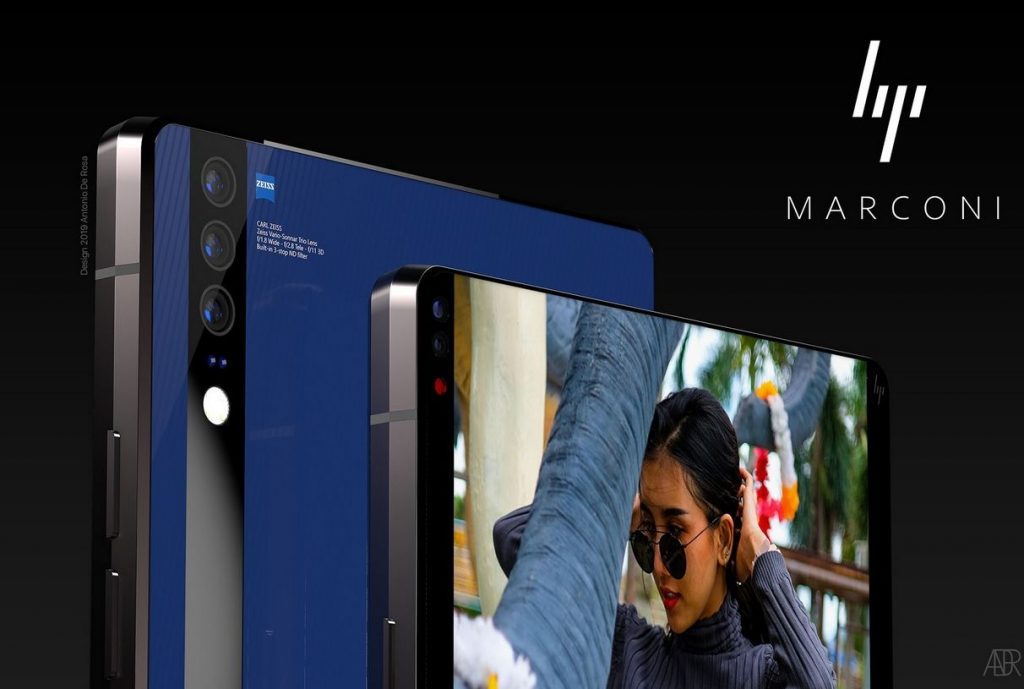 The device is packed with specs to the gills, coming with a 20 megapixel selfie camera with face recognition, that’s placed to the side of the screen. At the back there seems to be some Nokia technology, as the device packs a 48 megapixel shooter with Zeiss Trio lens. WiFi6 and 5G are here to ensure the highest level of connectivity.

There’s no notch here and we’re using a full height Hi-Density screen. Then there’s also the stylus support, with 4096 levels of pressure. The device is available in 3 colors: iridium blue, aluminum black and copper gold. It feels a bit like a Surface Phone mixed with the Essential Phone and there’s a lot of well placed metal in here.

The stylus bundled with it looks more professional than the plasticky S Pen that Samsung provides. I have a feeling that this device weighs a lot… and also would cost a lot. 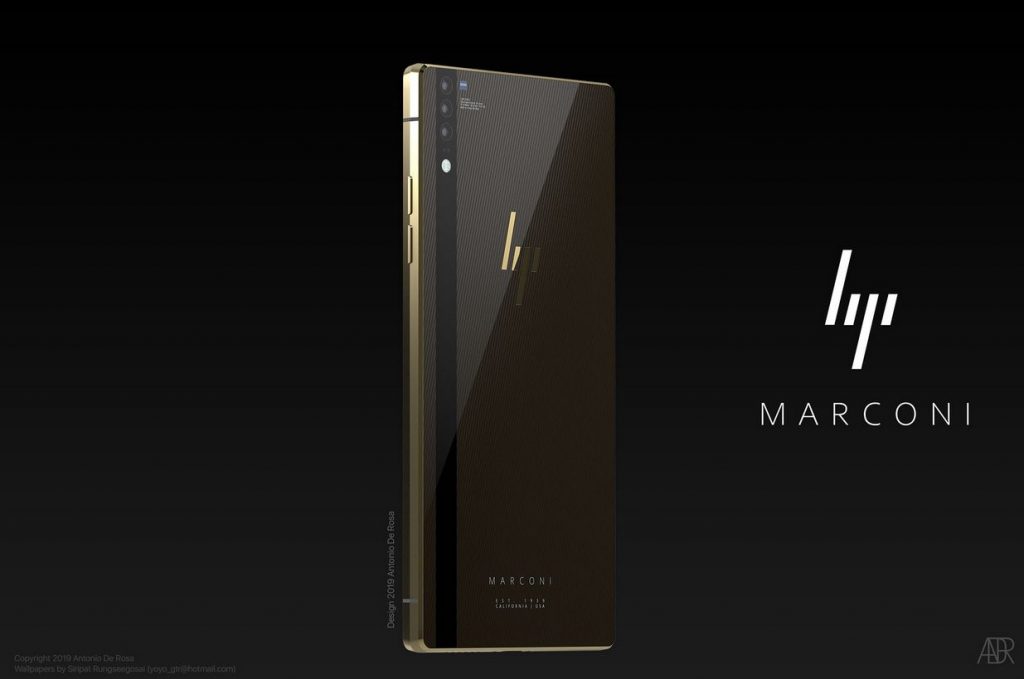 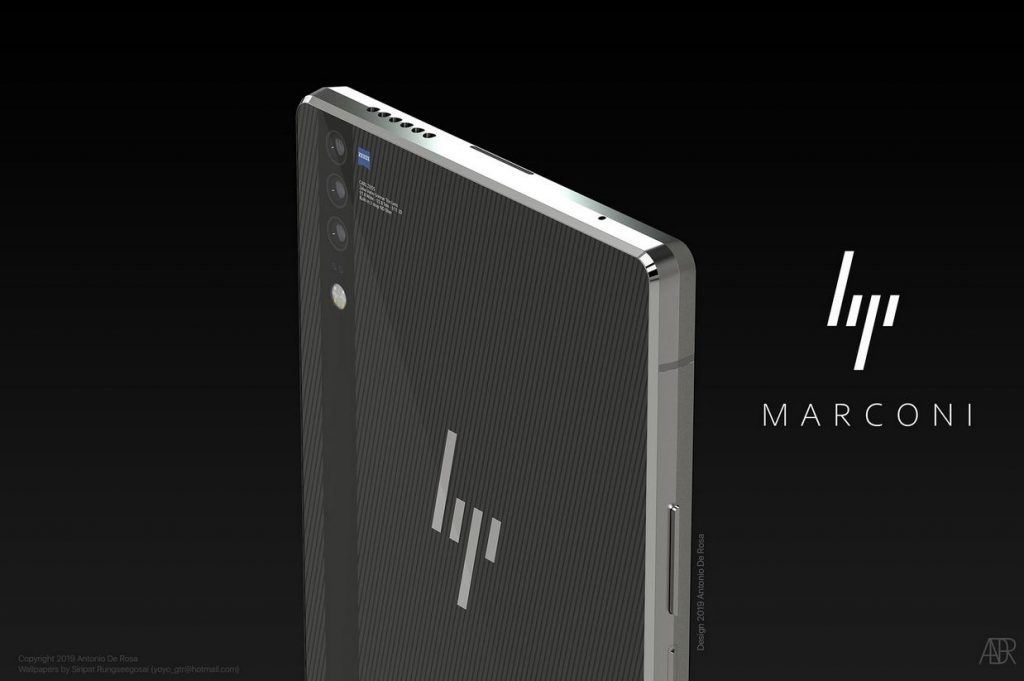 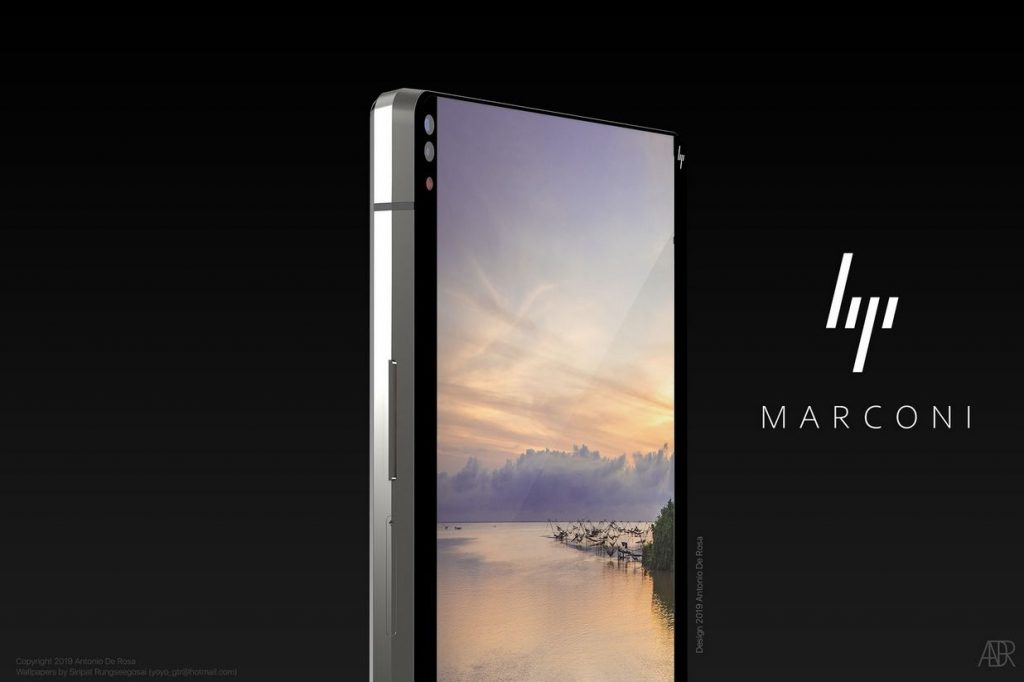 About Kelvin
Passionate about design, especially smartphones, gadgets and tablets. Blogging on this site since 2008 and discovering prototypes and trends before bigshot companies sometimes
iOS 13 Concept Features Dark Mode, Picture in Picture on iPhone, Multi Users on iPad (Video)   Xiaomi Phone With 4 Side Edge Display Patented and Rendered