Well, you can call the HTC GTC HD concept a device of the future and a handset of the past, considering it was submitted to Deviantart on June 9, 2010. This is the creation of Deviantart member Estoril644, with the theme contribution of fediaFedia. The idea behind this device is very interesting, since it approaches Windows Phone 7 in a different way. 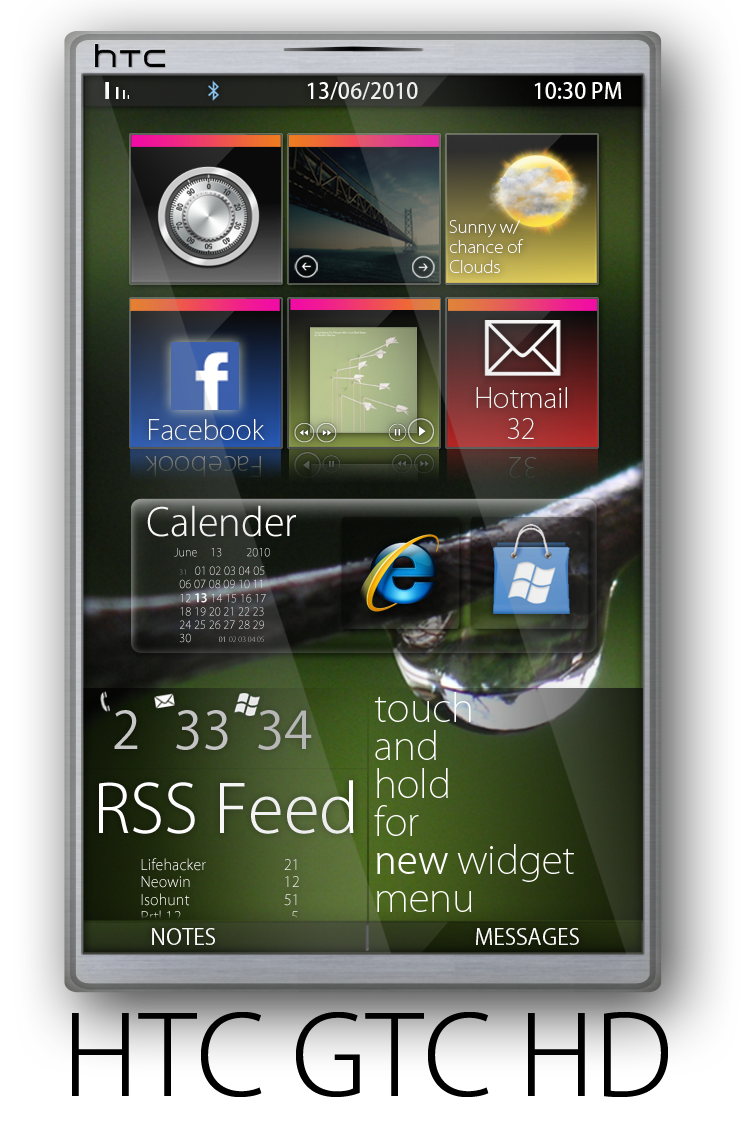 As you can see, HTC GTC HD sports a huge touchscreen display, probably one with a 4.3 inch diagonal, that goes from edge to edge, much like the future iPhone is rumored to do. Also, The way it shows its functions is very original, but it doesn’t resemble the current version of Windows Phone 7.

Tiles are here, but they’re smaller and probably they show 3D thumbnails of what’s going on behind them. We guess that real time updates and real time music playing in tiles is available and we’re curios what determined the designer to place the Notes and Messages at the bottom of the screen. All in all, the concept looks interesting and can be considered a futuristic a HTC HD2 follow-up, according to the designer.