Here we are again with a Windows Phone concept, this time one created by Deviantart member Pap3rclips. This flagship Windows Phone device uses a 1GHz Tegra 250 CPU, 1GB RAM and 32/64GB of memory. The phone weighs 5.2 ounces and it’s 0.39 inch thick.

The display on board is a 4 inch screen, with a 1000:1 contrast ratio and relying on IPS Panel/LED backlit LCD technology. Its resolution is 720 x 1200 pixels and if I were to guess a maker for this unit, Nokia would probably be it. This handset has something that screams N Series about it.

It could be the camera at the back, with its 8 megapixel sensor, 1080p HD Capture (30fps) and Xenon flash. Which phone maker do you think could produce this smartphone? Is this yet another Nokia Windows Phone 7 device? 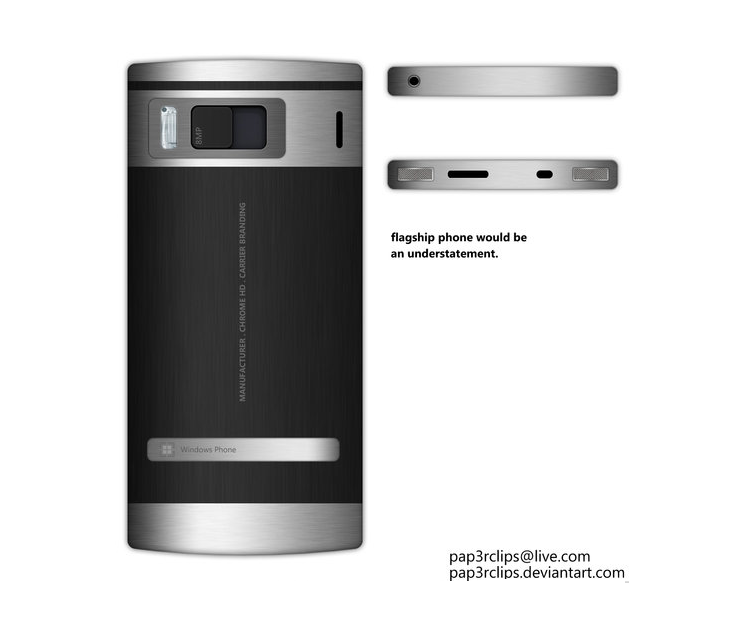