Well, aren’t we having a lovely weekend filled with great phone concepts? After checking out the stunning iPhone Pro, it’s time for some Windows Phone 7 action, courtesy of the following HTC HD3 design, created by Antoine Brieux. The device measures 10mm in thickness and packs all the features of a high end smartphone. 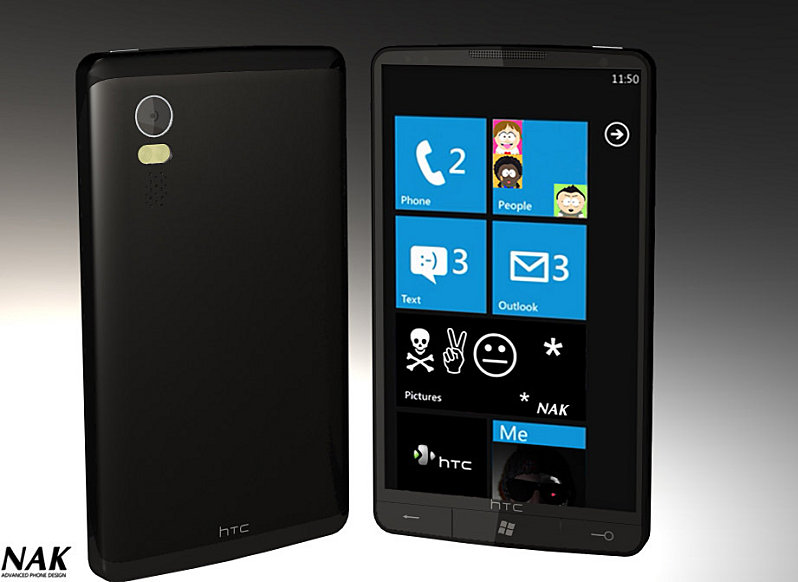 HTC HD3 uses a 1.5GHz Qualcomm Snapdragon CPU and also features 1GB of RAM memory, 1GB ROM memory, 16GB of internal memory and a microSD card slot. The screen on board of the handset is a 4.5 inch AMOLED multitouch display, with 800 x 1280 pixel resolution. There’s also an 8 megapixel camera at the back, complete with dual LED flash and supporting 720p video capture.

A front camera is also included, doing video calls, while the connectivity is handled by WiFi, 3G, 4G and Bluetooth support, plus USB, HDMI and a 3.5mm audio jack. A 1800 mAh battery powers this superb Windows Phone 7 smartphone. Simply great, isn’t it? 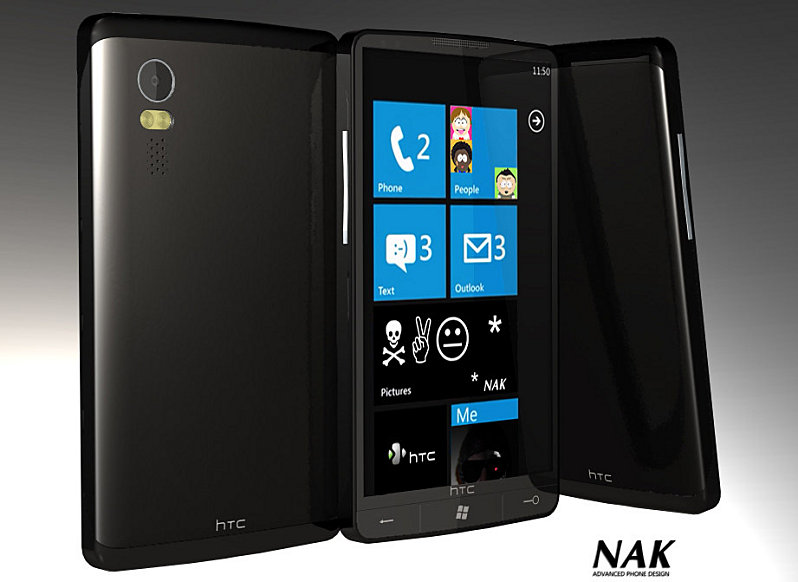 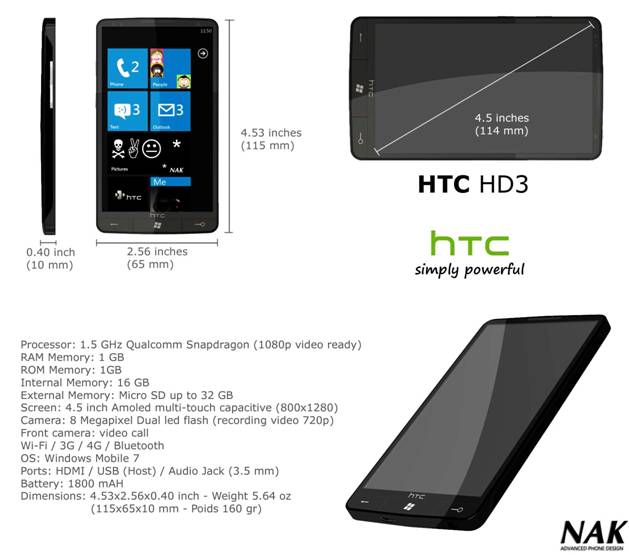 [Thanks Antoine for the tip]