HTC Phone Render Has a Nexus Vibe to It

Created by Deviantart user Tenplus two, the interesting HTC device shown below has a certain Nexus vibe and honestly speaking, it looks better than the Nexus 6. It’s a pure Google device, with stock Android 5.0 Lollipop and the typical HTC approach. 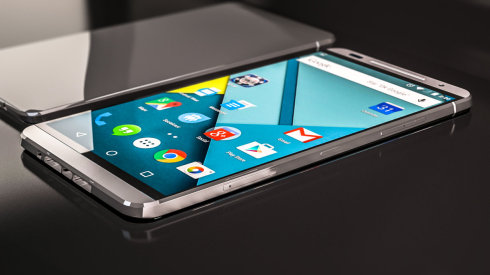 I did notice it keeps that approach only at the top, with a BoomSound-style singular speaker, while at the bottom there’s no second speaker like that. The case is all metal, unibody of course and the device seems a bit thick for modern standards. Its back is totally glossy or maybe even glassy, as it’s rumored for the Galaxy S6. After HTC’s semi failure with the Nexus 9, that was not well received in reviews, is there room for a new HTC Nexus phone?

They’re the ones that got the first gig to do such a phone, so there’s always a special spot for HTC in history. Unless the glass back is made of sapphire, I can’t exactly say anything about this HTC concept phone baffles me…