HTC Slim Concept is a Beautiful Slab of Metal

HTC One is already preparing for a follow-up and names like HTC M8 and HTC Two have been thrown around, especially since we’re two months away from CES 2014. In the meantime we have a look at the HTC Slim concept, a render created by sneackeer, a Deviantart member. 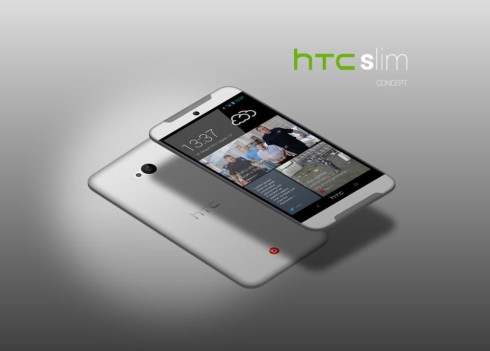 The basic idea is an evolved design of the HTC One X rather than the HTC One, but with the BoomSound speakers at the top and bottom. The screen is an edge to edge one and the case is an ultraslim slab of metal, most likely aluminum. BlinkFeed is shown on the screen and if this model wants to be really slim, it should measure 5 mm in thickness.

BBK has a Vivo phone measuring about 5.75 mm, so this one seems even thinner. The problem is not to make it fragile, if the waistline decreases so much. This HTC concept design may be sexy, but it’s hard to imagine fitting a new Imagechip, new battery and new CPU here. What do you think?