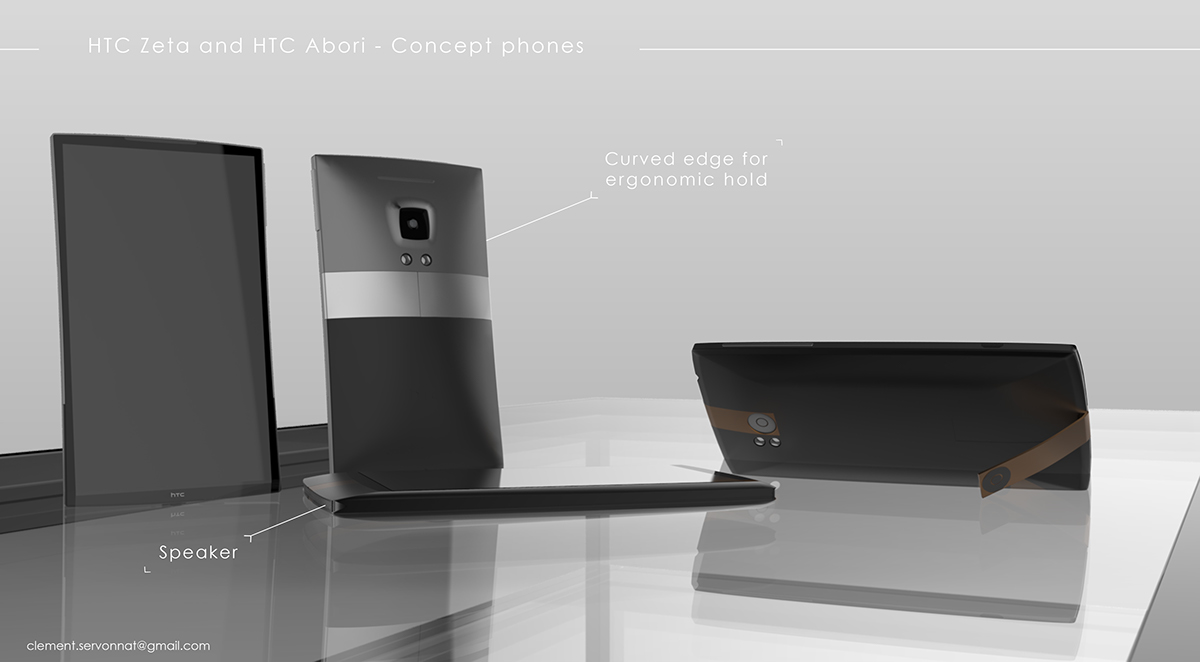 I knew the HTC Zeta concept was familiar! Originally spotted in 2011, this model adopts a design that nowadays would be considered unusual. It’s accompanied in the image below the HTC Abori, created by the same designer, Clement Servonnat. 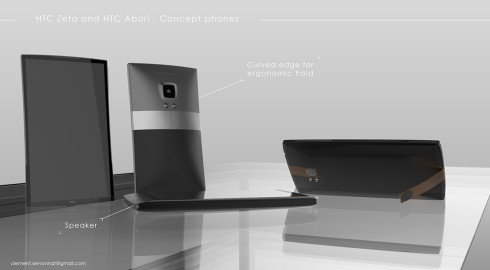 The Zeta has a curved edge for a more ergonomic hold, while the Abori packs a kickstand for improved video watching, like the HTC HD 7 had. The design of the HTC Zeta reminds me of an All in One PC, particularly the top side, while the whole camera area is a bit overkill. The bottom portion feels like a continuation of the AIO idea, while the front is a bit unrealistic, unless you’re Sharp Aquos.

HTC Abori has an interesting camera with dual LED flash and its back angularity has a racing car feel, that the Acer Predator or ASUS ZenFone 2 Deluxe Special Edition provided. Interesting placement of the speaker by the way. Also, when seen from the side at least one of these models feels like a Nokia N8…

About Kelvin
Passionate about design, especially smartphones, gadgets and tablets. Blogging on this site since 2008 and discovering prototypes and trends before bigshot companies sometimes
OnePlus 3 Gets Official-Looking Render Courtesy of Evan Blass   IUNI U4 is a Slightly Curved Concept Phone, With 6 GB of RAM