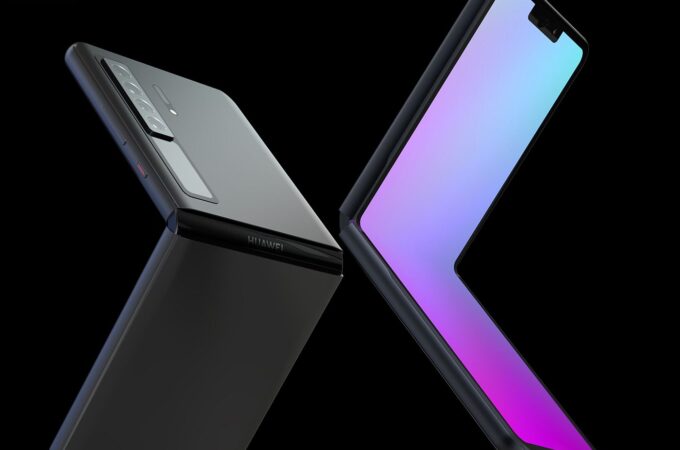 Huawei Mate X2 has leaked much less than the Galaxy Fold 2, which may happen because Huawei could be preparing something else entirely. It could come up with a clamshell foldable device, like the Huawei Mate V, freshly rendered by Concept Creator for Letsgodigital. We have it detailed below.

Last I heard, Huawei was prepping a Mate 40 unveiling in October, with a foldable also in the making. We could end up with a Huawei Mate V, like the one pictured here. It’s a rival to the Galaxy Z Flip and Moto RAZR 2019. An interesting aspect is that we get a quad camera lined up vertically and the line continues with a tiny strip of LED screen. It’s meant for notifications rather than actual use as a display. Maybe only as a small camera viewfinder.

Other than that we get an inner screen that’s supposed to be bigger than the 6.7 incher of the Galaxy Z Flip. It’s got a notch at the top, kind of spoiling the general vibe. The hinge is very small and discrete, really doesn’t scream novelty or complexity. I love the green version of the Mate V showcased in the video below and the video actually made the screen aligned with the camera grow on me more. There’s no point in talking about specs and I imagine there’s a Kirin 1000 CPU inside and the quad camera is taken from the P40 series.

Expect a fingerprint scanner within the side Power button. I’d take this over the Moto RAZR 2019, but not the Galaxy Z Flip. We definitely need a bigger external screen.