Last week we showed you the Samsung Galaxy Round, a curved phone from Samsung that didn’t end up as a flexible device, in spite of speculations. Now LG retaliates with a model that’s also curved, but in a different way. Meet the LG G Flex, rendered below! 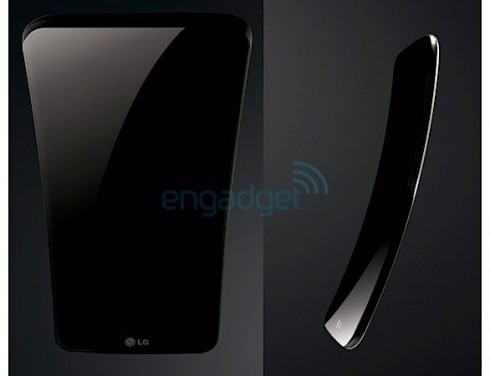 LG recently said that they have bendable and unbreakable handset displays in the making and such a screen may be seen on the G Flex, that by the way features a 6 inch screen. Engadget is the one who discovered these images and this model is curved from the top to bottom, unlike the Galaxy Round, curved from the left to right.

The handset looks really thin, seems to have an edge to edge screen and unless it flexes, it will be impossible to hold in the pocket. I wonder what flexible components we can find inside. But before we’re too optimistic, remember that this model may be just a prototype, the start of a series of curved handsets.

About Kelvin
Passionate about design, especially smartphones, gadgets and tablets. Blogging on this site since 2008 and discovering prototypes and trends before bigshot companies sometimes
New Apple iWatch Render Shows us an Ultrathin Bracelet   HTC One Watch Render Seems Taken out of Tron