LG and Prada have just confirmed a third fruit of their partnership: an upcoming handset that’s supposedly called the LG Prada K2 or the P940 (according to leaks). The two companies have also released a preliminary sketch of the handset, that can be seen below. 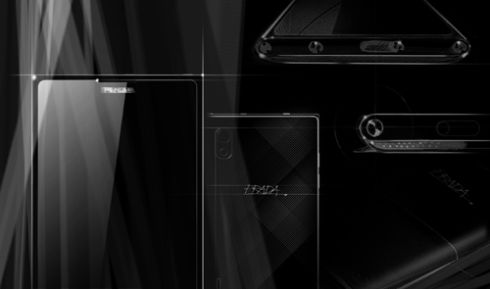 The new Prada 2012 phone will come early in 2012 and it will bring a keyboard, Android Gingerbread, a 4.3 inch display and HSPA+ connectivity. A 9mm thick waistline is expected, as well as support for various Prada-branded accessories. Prada Phone by LG 3.0 is expect to be both elegant and powerful, so hopefully we won’t see a featurephone here, like the first Prada handset model, that ran a featurephone OS.

The Prada Phone by LG 1.0 sold over 1 million units and it came with a touchscreen, pre-empting the first iPhone. The second Prada Phone was all about the cooperation with the Prada Link watch and now we have episode 3… Will it rock the world?

About Thrystan
HTC Ville Is the Thinnest HTC Phone Ever   Motorola Nexus RAZR… Could This Be It?