LG V60 ThinQ Has So Much Going On 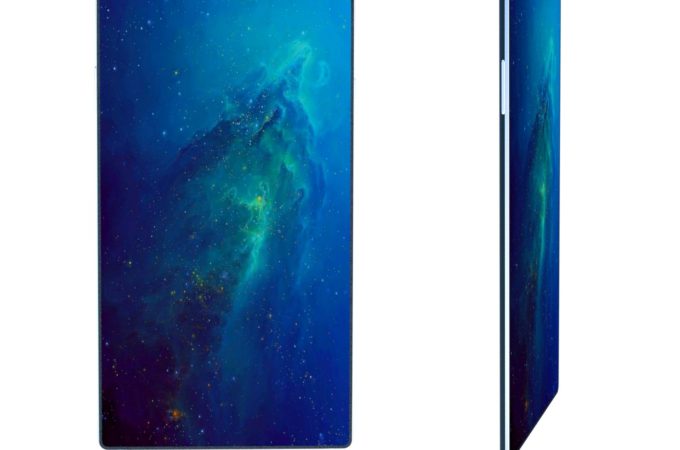 LG pulled off a weird move this year, by also announcing the LG V50 with the LG G8 ThinQ. We’ve heard that the LG V50 is delayed because of some complications between LG and Qualcomm. In the meantime we’re being treated to a LG V60 ThinQ concept that’s not half bad. 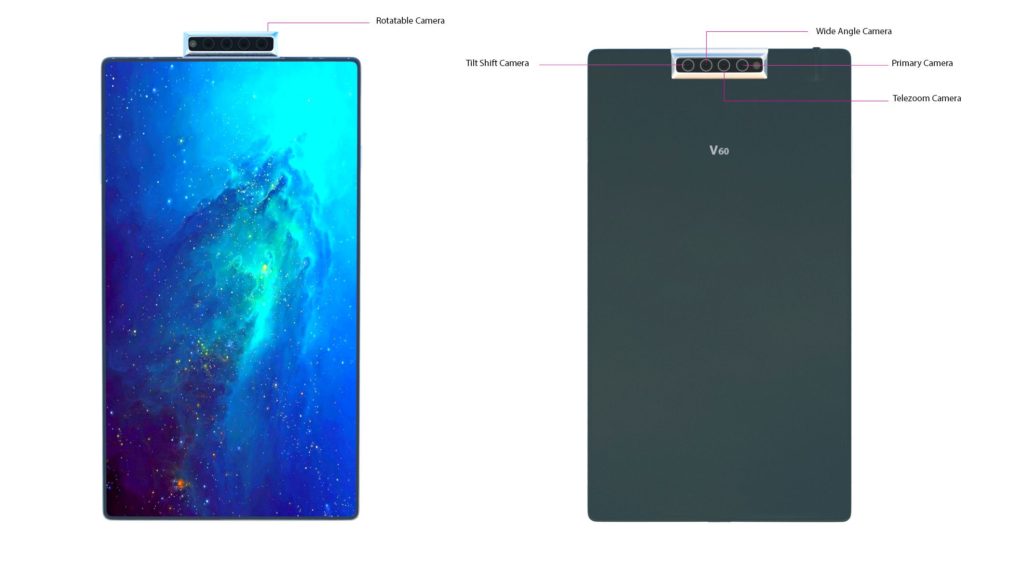 It’s a render sent to us by Instine Issac, probably the creator of this concept. The facade is all screen, zero bezel, a trend that has remained just imagination so far. There’s a rotating camera, slightly different than the ZenFone 6 one. It’s a bit wider and includes 4 sensors this time. The whole device is very wide, phablet-style and closer to 7 inches in diagonal than 6 inches. 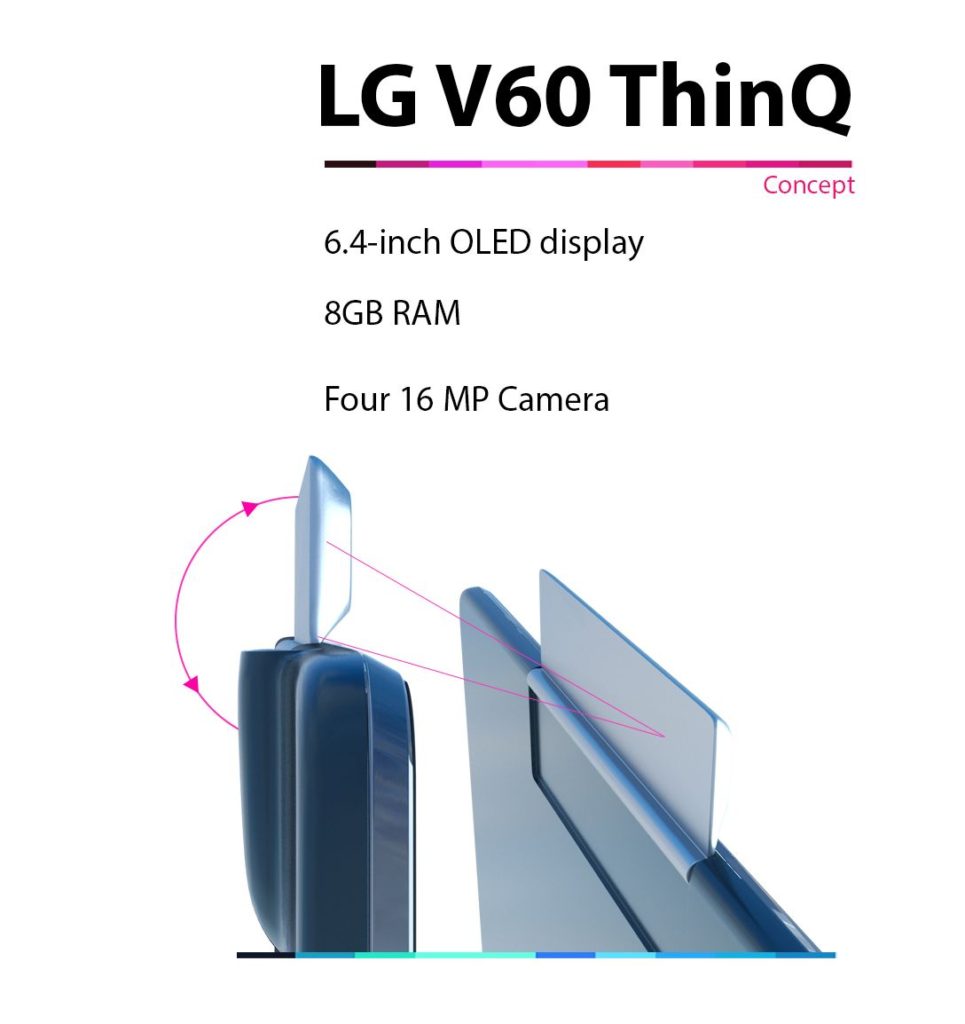 Somehow, the concept details talk about a 6.4 inch screen, OLED of course, plus 8 GB of RAM and 4 16 MP back cameras. It all feels like too much and I think we’re still far from a proper 100% screen to body ratio. I’m still not totally sold on the rotating camera, especially with so many sensors in the mix. So many things could break or go wrong… Well, ASUS did it quite right on the ZenFone 6, so there’s hope.

I would add bigger bezels to this device, put the cameras fixed on the back and also hide sensors and front camera below the screen, but that’s just me.

About Kelvin
Passionate about design, especially smartphones, gadgets and tablets. Blogging on this site since 2008 and discovering prototypes and trends before bigshot companies sometimes
The iPhone 11 Pro Now Gets a Pop Up Camera, Courtesy of Hasan Kaymak   2020 iPhone With 6.7 inch and 5.4 Inch Screen Rendered by Ben Geskin