Making a mobile device for visually impaired users is a challenge, but making one that can be used by both people with sight and without it sounds almost impossible. Well, Leo Marzolf achieved that through the CAE Blind Smartphone concept, shown below. 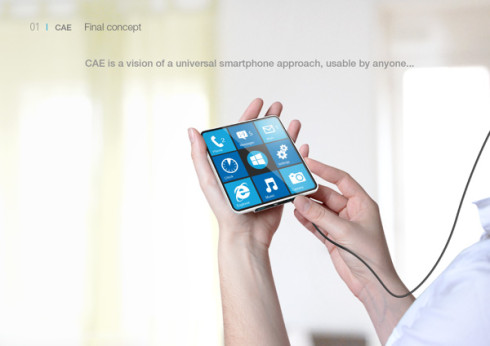 This square phone for the blind uses an UI that makes me think of Windows Phone and relies on IE for browsing, which pretty much confirms the identity of the OS. This model comes with induction charging technology, so you just need to place the phone on its dock to charge it. There’s also texture feedback technology, with a touchscreen interface that can become palpable and create levels of 3D interaction. 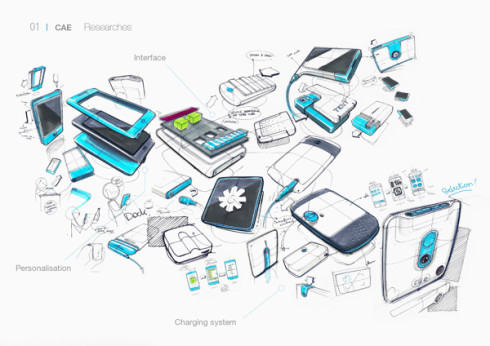 Each button on the side of the CAE smartphone has its own unique identity and it appears that this concept has a rubber cover. The phone has no directional use, so it relies on a gyroscope and can be used in any direction you want. There’s also a special app on board called MYEYE, that offers feedback for blind persons for the pictures they take. 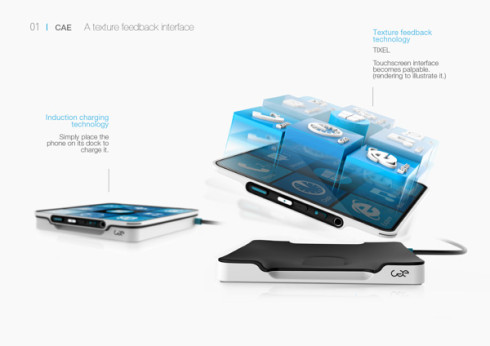 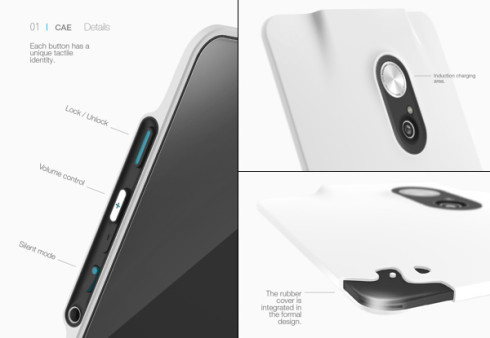 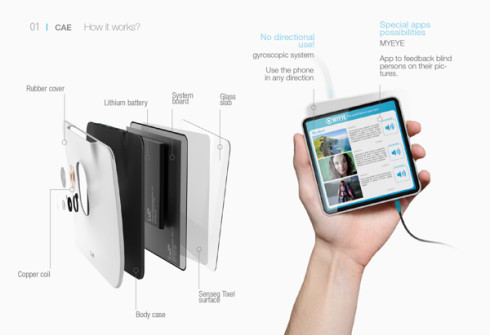 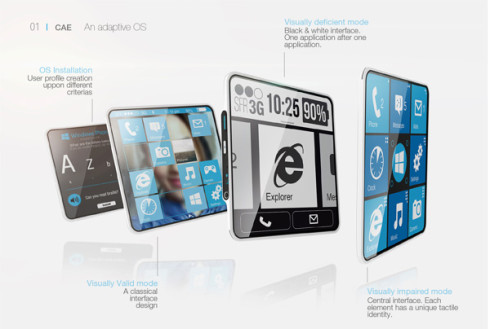 About Kelvin
Passionate about design, especially smartphones, gadgets and tablets. Blogging on this site since 2008 and discovering prototypes and trends before bigshot companies sometimes
HTC Babel Tablet Concept is a Dual Boot Device with a Special Stylus   HTC Nexus 2015 Tablet Teased by Hasan Kaymak