What Do You Get if You Cross a Lumia With the Surface? Answer: Microsoft Lumia Surface 1

Every week or so, we catch a glimpse of a new Nokia Lumia or Microsoft Lumia concept phone, but the Surface models have started to appear less and less lately. Today we get a cross between a Lumia and a Surface and the result is not bad at all. This model was designed by Zhan Leunam. 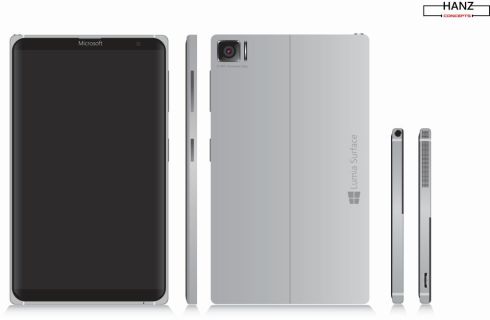 The resulting device is a phablet, that combines attributes of the Surface tablet with the usual feature of a Lumia phone. We get the trademark kickstand, with its flexible angles and a 41 megapixel Pureview Carl Zeiss optics camera, with Xenon flash and OIS. There’s an 8 megapixel front shooter, a 6 inch AMOLED display with Gorilla Glass 4 protection and Full HD resolution, as well as ClearBlack tech.

64 GB of internal storage, 4 GB of RAM and a microSD card slot are all on board, together with an Intel processor, most likely a 64 bit one. The OS is Windows 10 and the device comes in silver, black or white. I would have to say this is one fine rival for the iPhone 6 Plus and Nexus 6, plus a damn good follow-up to the Lumia 1520. 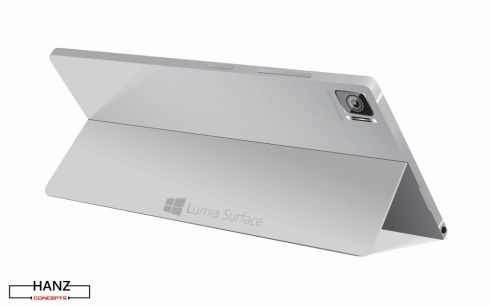 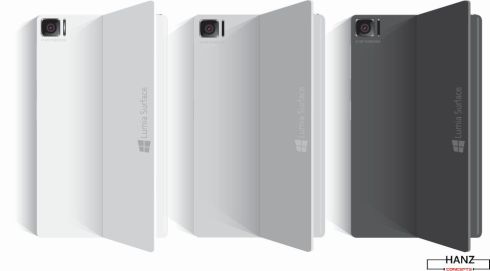 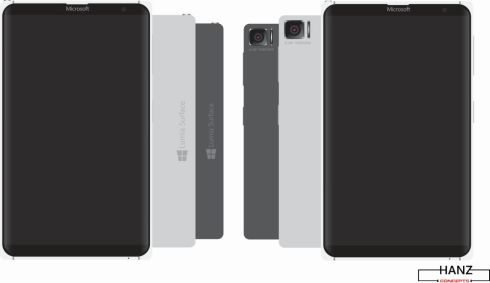 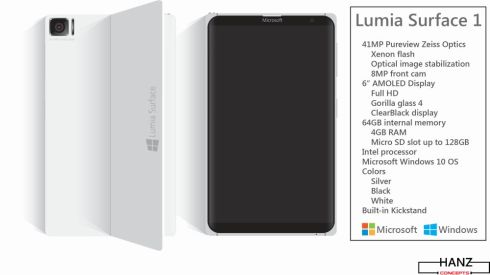