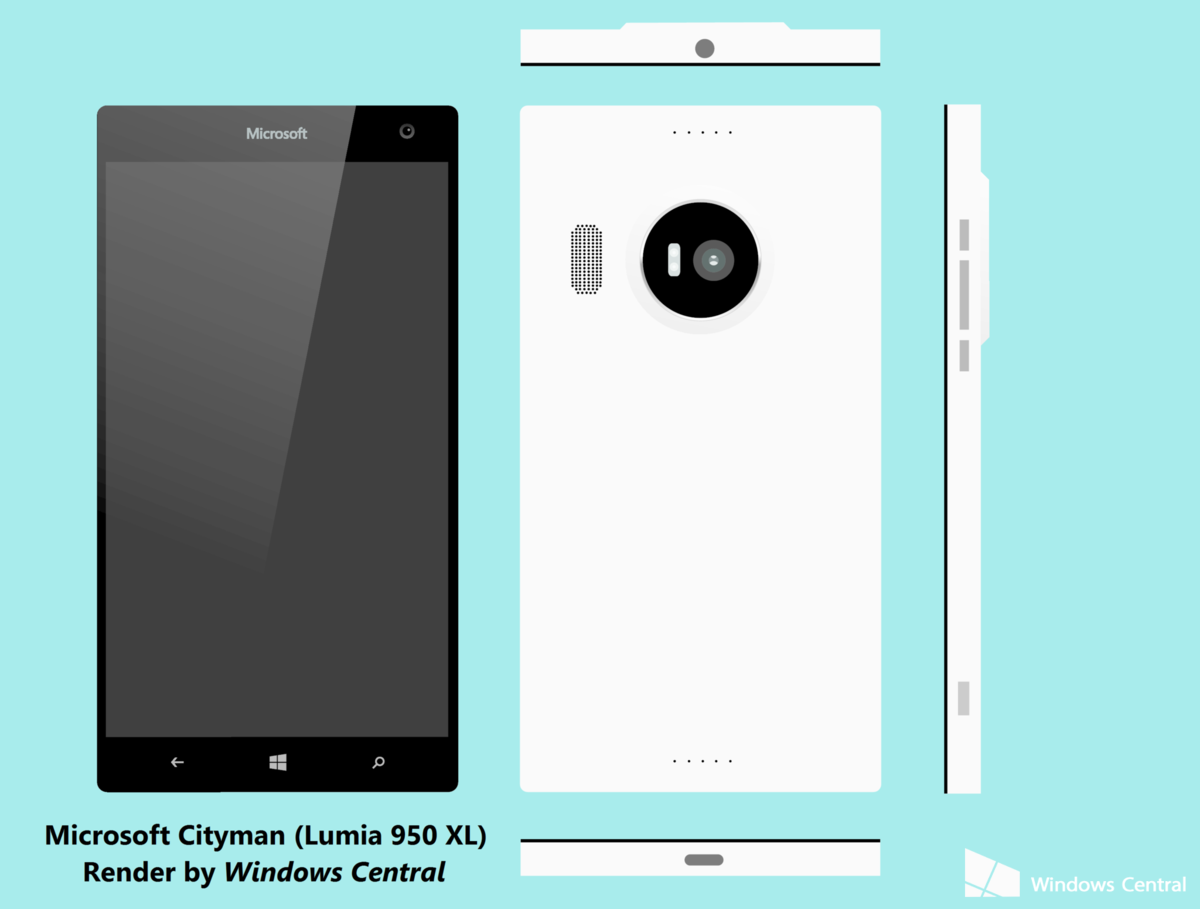 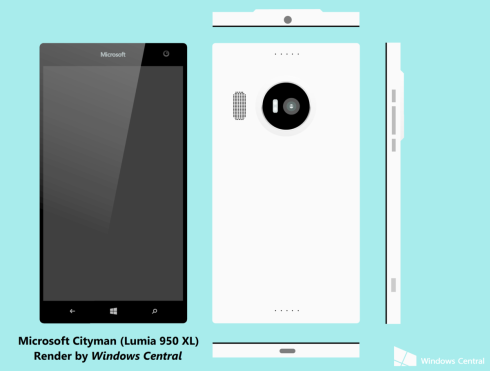 The folks of windowscentral have created a render of the Microsoft Cityman aka the Lumia 950 XL, that’s supposed to replace the device previously known as Lumia 940 XL. The render is pretty basic and includes a polycarbonate body, a Quad HD screen with OLED panel and 5.7 inch diagonal and an iris scanner. This model is said to have a Pureview 20 megapixel camera with triple LED flash, as well as aluminum side buttons.

The Talkman aka Lumia 950 hasn’t been clearly rendered yet, but we’ve heard it comes with a polycarbonate body too, a 5.2 inch Quad HD screen and a Snapdragon 808 CPU. The camera is also a 20 megapixel Pureview unit and inside there’s a 3000 mAh battery. This is a pretty rectangular phone, considering current design trends and previously leaked curved screen Lumia panels…

About Kelvin
Passionate about design, especially smartphones, gadgets and tablets. Blogging on this site since 2008 and discovering prototypes and trends before bigshot companies sometimes
Crazy Theory: iPhone 7 Will Look Like the iPhone 4; Ivo Maric Shows Us How (Video)   Razer Venom 1 is a Smartphone for the Gamers