A couple of days ago we showed you a concept created by Deviantart member Jonaskvale and we then discovered he has at least half a dozen more Windows Phone device renders. Well, the one that caught our interest was the Surface Phone 10, shown below. 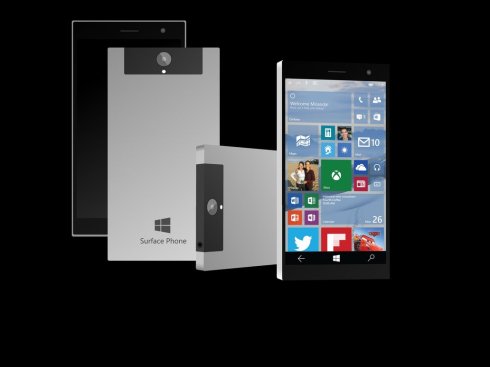 As a coincidence, as the designer was making his render public, Microsoft was launching the Surface 3 tablet and the two share some design traits, obviously. To me it’s crazy that Microsoft hasn’t even leaked a Surface Phone, seeing how many users and designers have expressed their desire for such a phone. The thing is that Microsoft already makes its own phones, so making an even “More Microsoft” phone would bury the Lumia brand even more than it is now…

Anyway, back to the concept… what to expect from a Surface Phone? As usual, a magnesium case, this time Windows 10 for Phones, a ultra slim bezel, a not so slim case and probably a Snapdragon 810 CPU or maybe a new type of Intel chipset. If Intel would be on board, I’d also include some cool 3D Realsense cameras, just for kicks, or better said for some Kinect-style games, right?

What do you say about these ideas?

About Kelvin
Passionate about design, especially smartphones, gadgets and tablets. Blogging on this site since 2008 and discovering prototypes and trends before bigshot companies sometimes
Xiaomi RedMi Trace is a Brand New Series of Renders form Mladen Milic   HTC One M9 Plus Rendered by French Designer Alexandre Pineau