Windows Smartphone 2KX Has the Graphical Power of a PlayStation 3

Aitor Amigo sent me one of his new designs, the 2KX Windows 8 smartphone, that’s supposed to have the graphical power of a PS3 console. The handset packs a 5.3 inch 2K resolution screen, that’s also 3D and uses an AMOLED panel. For those of you wondering, 2K means 2040 x 1080p and we also get some other incredible specs, detailed below. 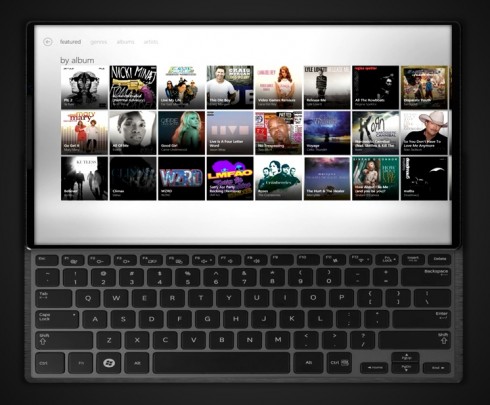 If I were to analyze the design, I can spot a format that hasn’t been used lately: a side sliding QWERTY keyboard smartphone that looks like some sort of crossover between that older and smaller Vaio from Sony and a Galaxy Note II. The Windows 8 smartphone concept comes with 128, 256 or 512 GB of microSSD storage at 6 GB/s speed, with 600 MB/s reading and 550 MB/s writing speeds. Inside there’s a Cortex A15 processor with 8 cores at 2 GHz each and a turbo mode that takes it up a notch, to 2.7 GHz.

The CPU Can work in 2x, 4x and 8x cores for less consumption. Also on board we find the Mali-T678 GPU with 8 cores at 6 GHz, for a total of 192G pix/s in 2 memory versions, 2 GB or 4 GB of GDDR5. Powering up this fantastic monster is a 9500 mAh battery and as far as video/photo capture is concerned we’ve got a dual 16 megapixel camera that can record Full HD at 60 FPS in 3D mode. Finally, the handset runs Windows 8 Ultimate 64 and measures 7.95 mm in thickness, while weighing a decent 119.80 grams. Fantastic device and a true powerhouse!