I’ve been reading rumors all day regarding the 2012 Google Nexus Phones, that may be unveiled soon. It appears that there’s a LG Nexus 4 out there, plus a Sony Nexus, Galaxy Nexus II and even a HTC Nexus 5. The latter fits what Hasan Kaymak has sent me a couple of days ago: his HTC Nexus concept with a Nvidia Tegra 4 CPU inside. 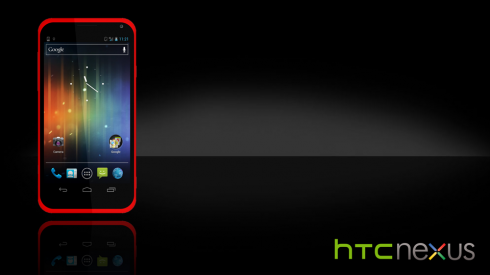 We’re dealing here with a handset that packs a 5 inch 1080p Super LCD3 display, just like the HTC J Butterfly announced officially yesterday. HTC Nexus 5 also comes with 2 GB of RAM, an 8 megapixel camera at the back with LED flash, a 2.1 megapixel cam with LED as well and WiFi, plus Bluetooth 4.0. There’s also NFC and LTE and powering it all up is a 2,550 mAh battery. Wireless charging is available Android Jelly Bean runs the show, maybe in version 4.2.

Beats Audio technology is included and the device comes in 3 colours: white, grey and orange. The smartphone reminds me a bit of the HTC One X, but in a flatter and more rectangular way, if I can say so…

About Thrystan
Apple iPad 4 Designed by Bob Freking; Yes, Already!   Windows Smartphone 2KX Has the Graphical Power of a PlayStation 3