Moto 360 Redesigned by Jonas Daehnert, May Even Become Rectangular This Time

Jonas Daehnert, who is also known as PhoneDesigner on Facebook has set on a new objective: redesign the Motorola Moto 360 smartwatch. Not only he wants to change the device’s design, but also its format, so he’s preparing a rectangular model. We have some basic teasers of things to become below. 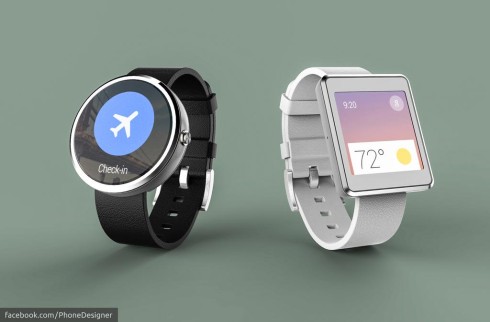 In the meantime you can see the real Moto 360 here in a detailed series of pictures. The design that Jonas proposes for the circular model is more sporty, as you can see and as it’s indicated by the sporty belt. The Body seems all metal this time and the screen is crisp and probably features sapphire glass. The singular physical button on the side is a bit smaller than the real life one.

The rectangular unit seems taken straight out of the Samsung playbook, while the belt looks really comfy and somehow makes me think of a combo of cardboard and leather. The body is made of plastic and has a metal frame. I have to say that I fancy the round one more… 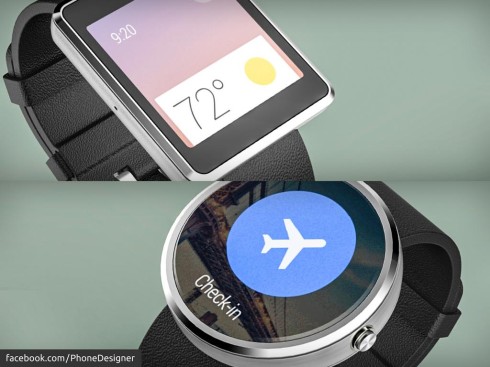 About Kelvin
Passionate about design, especially smartphones, gadgets and tablets. Blogging on this site since 2008 and discovering prototypes and trends before bigshot companies sometimes
Holla is a New Wearable Gadget Concept With Modern Look   What Comes After Android L? Android 5.1 Malteser, Apparently