Deviantart member TheTechnikStudios imagined the way the very hyped Motorola X Phone would look like, the fruit of Moto and Google’s brainstorming. The idea here is to make a 5 inch edge to edge display handset, that could even take down the Samsung Galaxy S IV. More rumors and specs are shown below, if you’re curios! 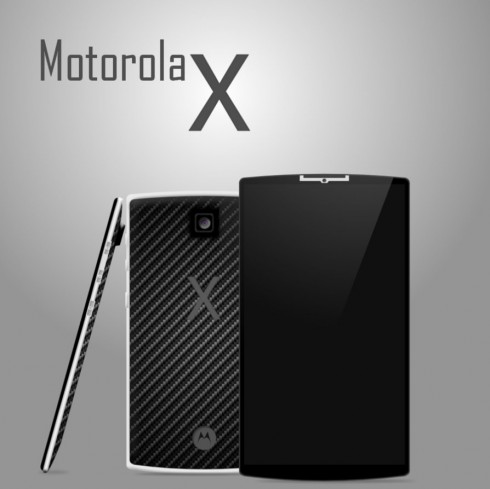 The X-Phone has already been the subject of many rumors, with Motorola already having job posts on Linkedin regarding this project. Moto’s flagship smartphone could come with a Kevlar body, maybe borrow the battery of the RAZR MAXX and pack a Full HD screen, but the jury is not yet out if it will be a 5 incher or 4.8 incher. Other speculations say that it will have a quad core CPU, microSD, 128 GB of storage and maybe a Sony Exmor RS sensor for the camera, with a 13 MP resolution.

Motorola’s X Phone is also supposed to be among the devices to debut Android 5.0 Key Lime Pie, being showcased at Google I/O 2013. There’s even a rumored price tag of $299.99 on Verizon with contract and the idea of a Kevlar back 3000 mAh battery phone with a huge display and good camera sounds pretty nice.