Everyone keeps talking about the Motorola X Phone, supposed to be some sort of new Nexus bigshot or close to that. Seeing how poor the LG Nexus 4 is (no, really it is, I played with it), I really feel the need for a truly high end and top level handset to wash away the sour taste. And that may just be the Motorola X Phone designed by Sanjaya Kanishka. 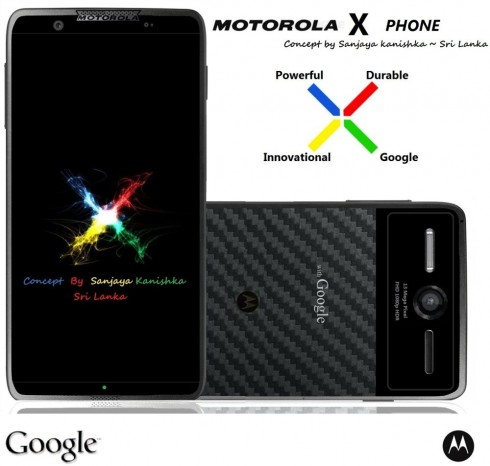 This model is supposed to rival the likes of HTC M7, Sony Xperia Z, HTC M7 and Samsung Galaxy S IV. The X Phone will be running Android Key Lime Pie and it comes with an edge to edge 5 inch Super LCD 3 screen, a premium bezel design and screen protection courtesy of Corning Gorilla Glass 3 technology. The device has a liquid repellent nano coat that protects it, something that was also present on the Motorola Droid RAZR if I’m not mistaking. Motorola X Phone features a 1080p screen resolution, a 2.3 GHz quad core CPU of the Snapdragon 800 kind, with Adreno 330 GPU. 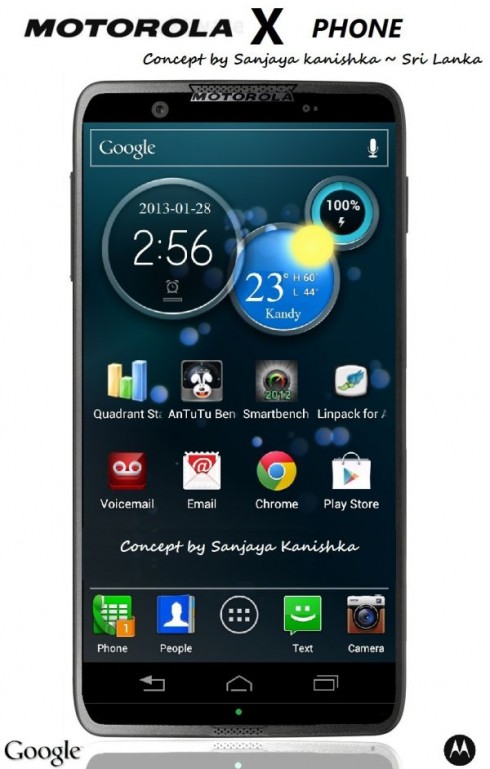 The back side is all Kevlar and the casing is fingerprint proof and scratch resistant, too. At the back we’ve got a 13 megapixel camera with Xenon flash and the camera is able to do 1080p 60 fps video capture and HDR. To that we add 2 GB of RAM, a 2.1 MP front camera with Full HD capture and 32 GB of storage. Wireless charging is also supported, according to the designer of this Motorola concept phone of 2013, that may actually turn into a real thing in the not so remote future.

Finally, this phone has a 3500 mAh Li-Ion battery, SRS Wow HD sound enhancement and it relies on a metallic unibody design, with a 7.2 mm thickness and 140 gram weight. More details in the source link below, but I have to say that this sounds better than most Galaxy S IV speculations I’ve heard…