Motorola RAZR 2020 Gets Leaked in First Renders, Has Narrower Bezels 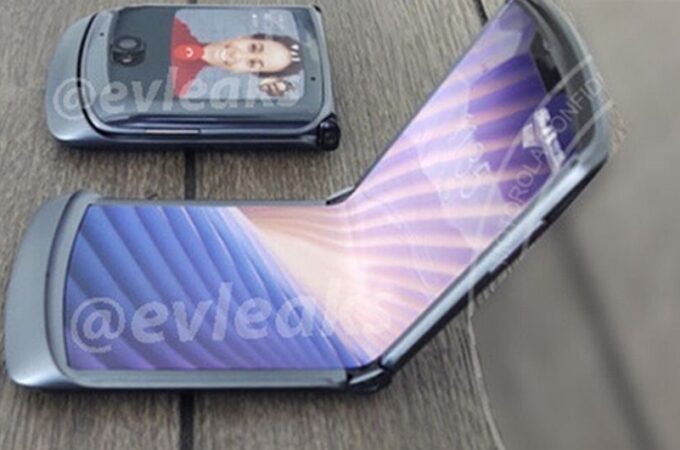 For a while there people were confusingly nicknaming the Moto RAZR 2019 as Moto RAZR 2020, because it debuted with a bit of a delay in stores. At the same time a REAL Moto RAZR 2020 was in the making and it has just leaked for the first time via Evan Blass. More details below.

Moto RAZR 2019 wasn’t as much of a hit as Motorola had hoped and its fickle mechanisms were to blame. Now we’re about to get a follow-up, that has 5G connectivity, narrower bezels for the screen and a dual camera. There’s no visible fingerprint scanner. In the renders published by Evan we get to see the foldable phone closed, semi open and completely open. There’s still the trademark chin at the bottom, but it’s narrower compared to the predecessor.

I see that there’s still a notch at the top for the selfie camera. The hinge also seems to adopt a similar system as the Moto RAZR 2019, but hopefully more durable. The external screen is also bigger now, usable as a camera viewfinder, notifications and more. Once again, this isn’t going to sport a flagship CPU, but instead it will have a Qualcomm Snapdragon 765G processor, together with 6 or 8 GB of RAM, maybe even more. We should get a September launch and a $1500 price tag.

The camera was rather poor on the Moto RAZR 2019, so it definitely needs a bump up. Just like the predecessor: wait for the teardown and repeated folding test before getting it.

About Kelvin
Passionate about design, especially smartphones, gadgets and tablets. Blogging on this site since 2008 and discovering prototypes and trends before bigshot companies sometimes
Samsung Galaxy S30 Plus Has a Multi Display Design and Penta Camera   iPhone 13 Trailer Shows Cool Wraparound Screen (Video)