I don’t mind finding concepts I didn’t cover back in 2010, because they look all the more fascinating now. One of them is the Motorola Transparent Type Side flipr+ QWERTY handset shown below.

Rendered by Wei Huang, from Beijing, this device reminds me a lot of the Nokia E7, but with better lit up and flatter QWERTY buttons. I can’t really figure out what the OS is here, but seeing the tiles, it may just be Windows Phone 7. It was 2010, after all. The design of the smartphone was great, with that curved edge screen being a total stunner a few years ago, when nobody dreamt of the Galaxy S6 Edge. 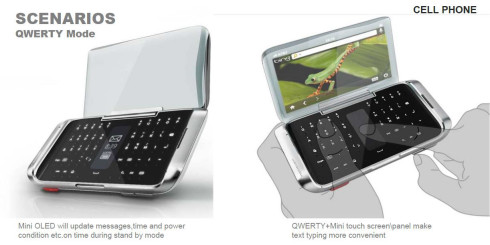 This model had a 3 inch touchscreen with an AMOLED panel, a slim metal casing and a 3 megapixel camera. The back side looks like the one of a full fledged point and shoot. There’s also a mini OLED touchscreen in the middle of the keypad, most likely used for scrolling and gaming. It also displays battery status and notifications. One of the most interesting aspects of the Motorola concept phone shown here is that fact that its screen is transparent. 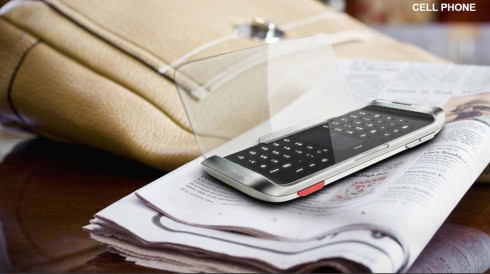 About Kelvin
Passionate about design, especially smartphones, gadgets and tablets. Blogging on this site since 2008 and discovering prototypes and trends before bigshot companies sometimes
Alcatel OneTouch Idol 3+ Runs Pure Android M, Has a Big Battery   LG G5 Gets a Fresh Design From Techradar, With No Lower Bezel, Metal Case