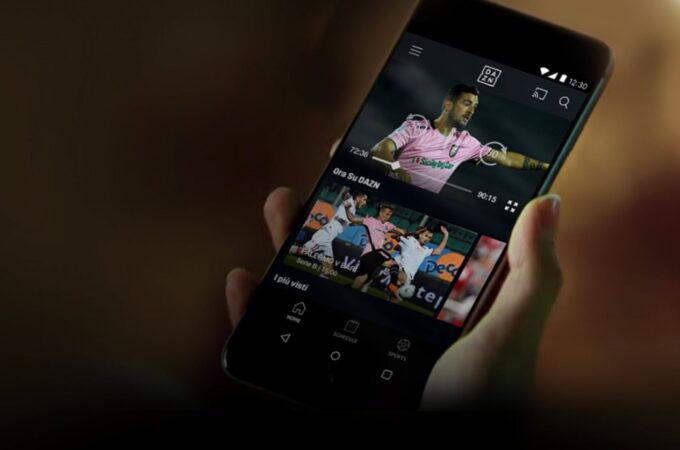 Since the dawn of time, man has relied on sports and athletics as one of the most enjoyable pastimes. Moving forward a couple of thousand years, we, as members of a technologically-advanced society, may easily access all of these features in the palm of our hands. At this point in time, an overwhelming number of sports streaming applications are available on the market. As a result, it is essential for sports fans to understand which options are most suited to their requirements.

In this article, we’ve featured four of the finest sports streaming apps to assist users in choosing the best mobile app to cheer on their team.

ESPN is one of the most recognizable brands when it comes to live sports coverage. It’s been in the build-up for many years, with its mobile alternative being one of its newest additions. This can be downloaded directly from the App Store or Google Play without having to worry about any shady business.

The official ESPN mobile app provides access to a variety of mainstream and specialized sports events, including football, basketball, UFC, baseball, rugby, cricket, and college sports, for as little as $6.99 per month. This may prove to be worthwhile, especially for die-hard sports enthusiasts. It’s virtually a no-brainer for those who happen to be UFC fans. The platform is well-known for providing access to exclusive fights, events, and pay-per-views that are generally unavailable elsewhere.

Widely known as one of the top cricket betting apps in India, Bet365 streams thousands of events every year, bringing fans top sporting action in the palm of their hands. This includes games from the top domestic football leagues in Europe and Asia, Grand Slam Tennis tourneys, and EVERY horse race in the United Kingdom and Ireland.

To watch, users must have a funded account or have placed a wager within the past 24 hours. When it comes to racing, a qualifying wager must be placed, as specified on the live streaming screen. This pertains to both single and multiple wagers. Minimum bets are required for Tote and other pool betting.

The Bet365 application can be downloaded from the App Store and Google Play for iPhone and Android.

Not the cheapest, but by far the most comprehensive!

fuboTV began as a football streaming service in 2015 but has now expanded to include other sports and even has its own fubo Sports Network, which consists of a total of eight channels. Available for both Android and iOS, the company offers two subscription levels, Pro and Elite.

The cheaper Pro plan ($70 per month) includes 124 channels, more than 35 of which are dedicated to the most popular sports, such as the NFL Network, numerous ESPN channels, Big Ten Network, beIN Sports, TUDN, as well as their own fubo Sports Network.

Those who want coverage of networks such as NBA TV, NHL Network, and MLB Network would need to subscribe to the Elite plan ($80 per month). This also improves the news options with BBC World News and Cheddar News on the list.

The last on our list is another giant within the sports streaming sector. Since its launch in 2016, the team behind the brand has worked hard to improve its service, aiming to provide all sports fans with the best possible streaming experience.

Packages start from $19.99 per month, with subscribers able to access a myriad of events, both live and on-demand. In order to do so, sports fans from India must use a VPN, as the company does not yet offer its services in the country.

DAZN’s international platform contains an ever-expanding collection of legendary bouts, athlete profiles, and an array of unique content. Users can enjoy on-demand access to DAZN material, including fight replays and other behind-the-scenes footage.

About Kelvin
Passionate about design, especially smartphones, gadgets and tablets. Blogging on this site since 2008 and discovering prototypes and trends before bigshot companies sometimes
Samsung Galaxy S23 Ultra Gold Concept Is Hot (Video)   5 Most Anticipated Upcoming Smartphone Releases of 2022