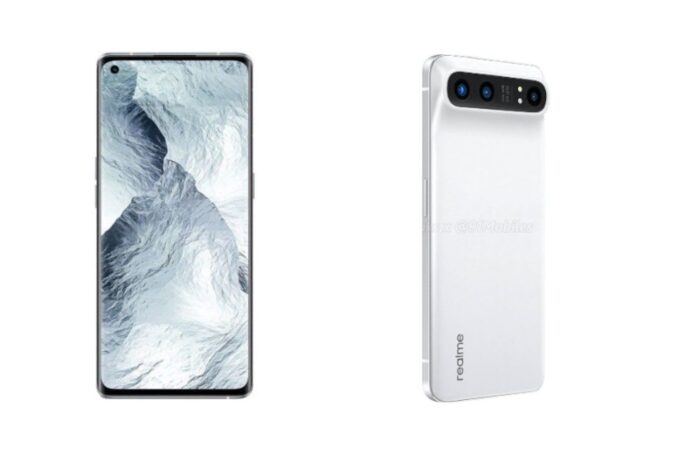 Of all the designs that got recycled in 2021, somehow the least expected one was the Nexus 6P one. However, here we are with a Realme GT 2 Pro handset, freshly rendered and leaked by OnLeaks and 91Mobiles. Check it out below, together with more details about the device.

Meanwhile, the marketing name of the device has been confirmed by Realme itself, as Realme GT 2 Pro. Key specs include a Qualcomm Snapdragon 8 Gen1 processor, which will be unveiled over the next hours. It will also have a 6.8 inch WQHD+ display and a 50 MP triple camera. This is the first TRUE Realme flagship in a while now and it’s more of a high end affair even compared to the Realme GT 5G.

Steve Hemmerstoffer aka OnLeaks also has info about the device. Realme GT 2 Pro is expected to debut in the first quarter of 2022, with a bumpy horizontal triple back camera, which is also kind of reminiscent of the Pixel 6 series, but with a higher placed module. The engraving on the module hints that the Realme phone will have dual 50 MP cameras and GR Lens. What’s a GR Lens?

It’s supposed to offer the best shooting capability in a small camera body, reduces ghosting and multi coating on all surfaces. It also resists backlighting quite a bit. Materials are also rather premium, since the back panel is expected to be made of ceramic, while the flat frame seems like metal. We’ve got a 6.8 inch WQHD+ OLED screen with 120 Hz refresh rate and also an 8 MP telephoto rear camera close to the 50 MP shooters.

via 91mobiles and OnLeaks

About Kelvin
Passionate about design, especially smartphones, gadgets and tablets. Blogging on this site since 2008 and discovering prototypes and trends before bigshot companies sometimes
Huawei Mate V Foldable Flip Phone Debuts in December and Gets New Renders   iPhone 14 Concept Gets Crazy Slide Out Keyboard