Top 8 Best Card Games To Play On Your Smartphone 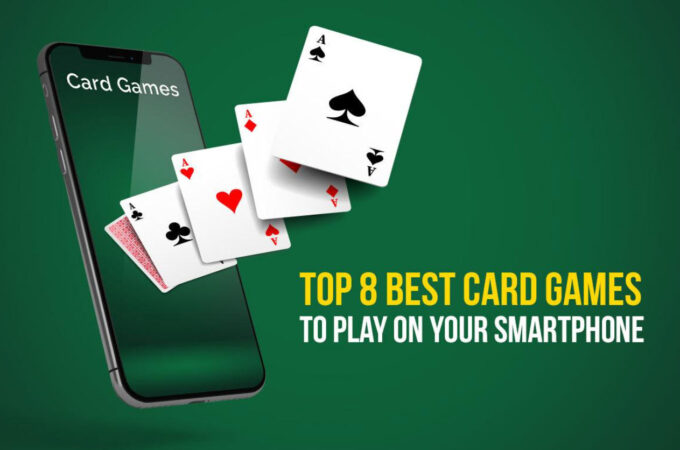 Even though there are so many genres of games available today, card games hold a special place in everybody’s heart. These games are exciting, entertaining, and competitive. They don’t require massive brainpower as puzzle or strategy games, but they are not oversimplified as casual games. They offer just enough to keep you hooked for hours. Also, a few card games can keep you on your toes and compel you to exercise your brainpower if that’s what you enjoy.

So, continue reading to know some of the best card games you need to install on your smartphone. These games will always keep you company, whether at home or outside.

Want a card game to kill time? Blackjack 21 is right up your alley, and it has straightforward gameplay. There aren’t many twists and turns. It would be best if you had a better hand than your opponent to win. The game uses a deck of fifty-two cards and descends from the famous game, Twenty-One.

Does this name ring a bell? Solitaire Cube is from the family of the classic Solitaire card games introduced by Microsoft. Today, the game is available for download on your smartphone. The Solitaire Cube Android & iOS game is played with a deck of 52 playing cards, and all the suits are in play. The objective is to arrange thirteen cards in alternate colors but belonging to the same suit.

You can compete with real-life opponents on some online platforms and apps, and the game is timed to make it fast-paced. Furthermore, you can also participate in multiplayer tournaments to earn money.

Solitaire Cube is a skill-based game where you have to implement several strategies and tactics to get the upper hand over your opponent. It would be best to play several practice games to learn those tactics before entering tournaments.

Ascension is an eccentric card game with fantastic graphics and artwork. The game doesn’t require players to exercise their brains a lot. The game is straightforward, and players love this game primarily for its amazing graphics.

The gameplay in this game is luck-based, and that’s why people think it is a lot like gambling. However, it is a far cry from gambling and offers excellent touch controls. The game is for players who want to kill their time, but check out the other card games on this list if you want a little bit of brain workout.

Team Playing Cards is a multiplayer card game. The app is professional-looking and comes with several functionalities. Its simple graphics showcase a cartoonish feeling, and users can rotate, zoom and have different layouts. While you can download and install the app for free, you have to upgrade if you want to be the host of a game. The app is for Android users.

Star Realms is a deck-building game, and players have to take turns to buy starbases and starships from the central market. Then, players have to use the ships to assault the opponents. Players can play the game multiple times and use different cards with special abilities. Once you start playing the game, you’ll uncover those special abilities and learn how to use them to your advantage.

Spider Solitaire is a popular game and a variant of the Solitaire game. Microsoft introduced it, and then its popularity never waned. The game made its way to the online gaming world, and you can download apps to enjoy this game. Unlike the never-ending game it used to be, the online version is limited to five minutes each match session.

The most popular version of Spider Solitaire is the one-suit version, where there’s only one color and one suit. So, players have to arrange thirteen cards ascendingly to beat their opponent. If you want more challenges, you can get up your game by playing the two-suit or three-suit Spider Solitaire game.

Like Cube Solitaire, this one is also a skill-based game, and there are a few tactics to increase your winning chances. For instance, players need to empty a column as early as possible or flip as many cards to increase the number of potential moves.

Hearthstone: Heroes of Warcraft is a trading card game with a great fan following. The game incorporates everything that games love and expects from a mobile trading card game, such as Magic the Gathering. There’s also an extra layer of bluffing that makes players think of poker. Thanks to the massive library of cards, players can spend hours thinking about how to put various decks together. They have to strategize to bring those cards and form decks.

Five Card Quest is a card game that falls in the tactical RPG territory. Players have to choose heroes and use them to slash and hack through challenging dungeons in the game. The challenges increase as you go forward in the game. Each hero comes with special spells and attacks that you can use to defeat the enemies. The game is strategic, and you need to choose the cards to go ahead carefully. It has a steep learning curve, but you will quickly get it.

So, these are some of the top card games you need to install on your smartphone. Then, you’ll never have a dull second in your life.

About Kelvin
Passionate about design, especially smartphones, gadgets and tablets. Blogging on this site since 2008 and discovering prototypes and trends before bigshot companies sometimes
10 ways to protect your business from phishing scams   University Mobile Apps: Features and imperfection