Vivo Patents iPod-Like Phone That Appears to be Transparent 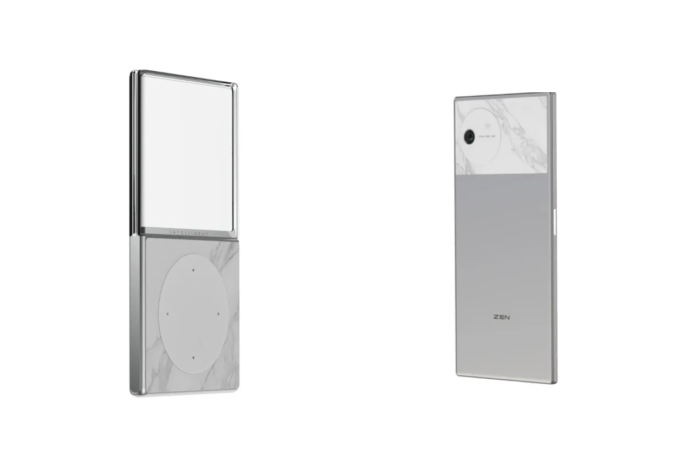 Vivo is patenting multiple devices these days, including a phone with drones that fly out of its top part or a Superzoom device. Another interesting patent filed with the CNIPA involves an iPod-like design, that would seem to include a transparent upper section.

It could be part of a new Zen series, which Vivo is working on right now. The top part of the renders we have here reminds me of the Xperia Pureness, while the bottom feels like an iPod scroll wheel, of sorts. The handset allocates quite the large space to this physical clickwheel, taking up half of its facade. It’s not a media player, since the documents from CNIPA mention it as a mobile phone.

On the Zen phone we get to see a singular back camera with a rather large module and a texture of marble at the back. Since it’s a singular camera, it may be a budget phone, or maybe one of those experimental devices with a single camera that does double or triple duty. We don’t know much yet, but we appreciate the minimalism of the design.

About Kelvin
Passionate about design, especially smartphones, gadgets and tablets. Blogging on this site since 2008 and discovering prototypes and trends before bigshot companies sometimes
7 Apps and Websites That Can Transform The Way You Learn   OnePlus Concept One Smartwatch is the Perfect Wearable