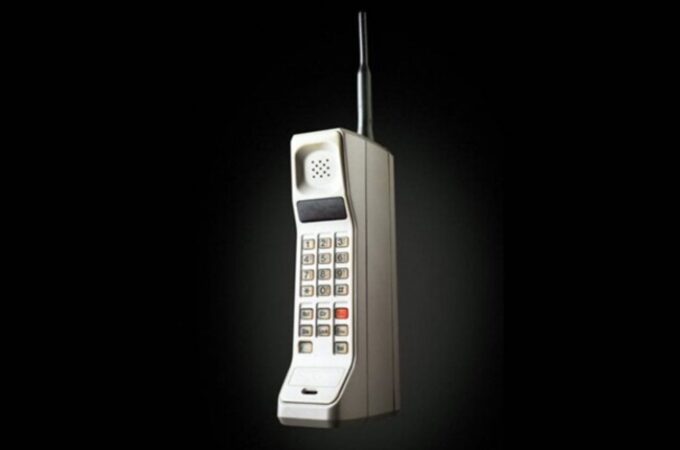 Many of us love our cell phones so much we rarely put them down. But that’s due to the world of things that we can do with these little devices. New designs are coming up every day and changing how we interact with these phones. But have you ever wondered how far cell phone technology has come? Are you aware that it has taken decades for the cell phone to evolve into what it is today? We’ll take a look at some of those early prototypes in this article.

The first cell phone was a brick

Yes, you read that right. The very first cell phone to ever be developed was shaped like a brick and weighed about 2.4 pounds (or 1.1 kilograms). It was called DynaTAC 8000X and cost a whopping $4000 – which is around $10,000 in today’s money. However, the DynaTAC wasn’t even that graceful despite costing a fortune. The very first call made by Martin Cooper (an executive at Motorola) lasted only 30 minutes before the phone ran out of juice. It had to be charged for 10 hours before another call could be placed. Let’s just say not even a powerful powerbank could get you a 1% charge on that one. Despite this seemingly outrageous phone, nothing changed for 16 years.

The first Nokia phone was too expensive

In 1987, Nokia came on to the scene with the Mobira Cityman 900. That phone was considered too expensive for the common man and could only be accessed by wealthy people. Unlike the services at Essaygeeks, this first phone was out of reach for many people’s pockets. It weighed 800 grams and had nothing fancy about it. It was still shaped like a brick but was somewhat better than the DynaTAC or the C1.

The first Samsung cell phone wasn’t as high-tech as today’s version. It was called the SH-100 and had a tiny screen that could barely display text. The only thing you could see (and often by squinting your eyes) was the dialed or incoming number. The monochrome display meant that all text appearing on the screen was black. Despite not looking as appealing as what we know Samsung phones to be today, it was probably smaller than the previous versions of mobile phones.

The first flip phone in the 80s

Believe it or not, the first flip phone was designed in 1989 by Motorola. Finally the guys at Motorola came around and decided to do something about the size of the cellphone. Many phones back then were too bulky and could only be fitted in cars. Motorola unveiled the smaller phone called MicroTAC. It was the first phone with a flip design and must’ve been a darling to those who could afford it back then.

The most notable innovation in the mobile phone industry came in 1992 when Nokia unveiled its Nokia 1011 phone. Most companies were by this time making smaller phones with smaller antennas. Nokia mass-produced their phone and the hype of mobile phones grew even further. The phone could hold as many as 99 phone numbers. However, it still worked with a monochrome display that could only show black text. But it was probably a step in the right direction as future innovations only got better.

The first text message to a cellphone

With the invention of GSM phones, new things began to happen. Despite years of phone technology, there was still no way to send a text message or even receive one. But in 1992, it finally happened. Neil Papworth, a UK software programmer, sent the very first text message to a phone from his computer. The message was a simple “Merry Christmas,” It was sent to his colleague Richard Jarvis. In 1993, Nokia introduced the SMS feature to their phones. Even though the messages were limited to 160 characters, it was a welcome feature for many.

The first touchscreen phone arrived much earlier than thought

The first touchscreen phone with apps (essentially a smartphone) wasn’t what many people imagine today. It was released in 1994 and was known as IBM Simon. It was designed by IBM but made by Mitsubishi electric. Although this early smartphone never took off, it was definitely a design many phone companies took note of. But things were quickly shaping up in the mobile phones industry with companies making them more compact and with different designs. Flip phones were manufactured, slider phones began popping up, and then Motorola gave us the vibrating phone – the Motorola StarTAC. It was unveiled in 1996.

The QWERTY keyboard appeared in 1996

The very first cell phone with a QWERTY keyboard was the Nokia Communicator 9000. It was made with the business person in mind because it came with features like email, web browsing, word processing, fax, and spreadsheets. This is probably the only phone back then that would’ve allowed you to access UK best essays if you were a student.

The 2000s saw a lot of innovations

Most people will probably remember Nokia 3310 as the phone of the millennium. During that time, it was the marquee phone and remains one of the most sold cell phones even today. Many innovations were made in the 2000s with radios, calendars, Bluetooth connectivity (Ericsson T39), camera (Nokia 7650), and waterproof capability (Casio G’zOne) being introduced. The 2000s also saw the introduction of the first iPhone (iPhone 2G), the first phone with a touch-based interface. The first android phone came in 2008.

The first cell phones to ever be sold weren’t as fancy as we have come to know them today. They may have been a great marvel back then, but they had very little functionality and some were too expensive. If you have a cell phone today, take a moment to look back at the history of these gadgets. It’s very intriguing and eye-opening.

Author BioEliza Sadler is a professional journalist with extensive experience. For 4 years, she has worked with dissertation writing services as a freelance writer and written a lot of articles. She has also worked with A-writers, which is one of the best essay writing services around. She always focuses on doing quality work to achieve her goals and objectives. Eliza is fascinated by the ability to create original works that meet high standards. Feel free to connect with her via email.

About Kelvin
Passionate about design, especially smartphones, gadgets and tablets. Blogging on this site since 2008 and discovering prototypes and trends before bigshot companies sometimes
Xiaomi 12 Leaks in Hands on Photos, Expected to Debut Soon   The Best Video Converters for Your Phone