Xiaomi 12 Leaks in Hands on Photos, Expected to Debut Soon 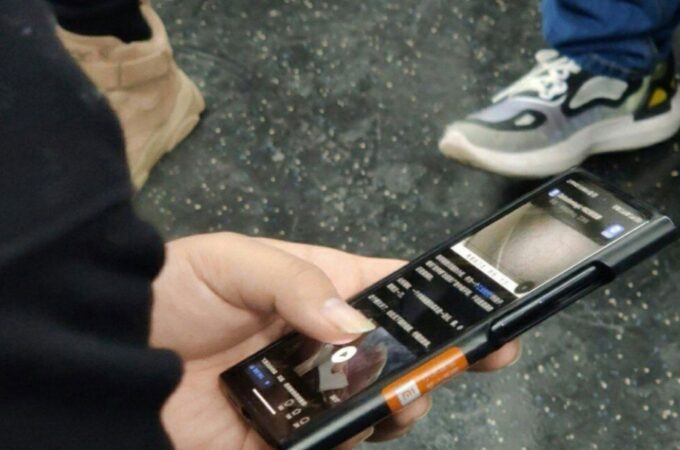 Xiaomi is expected to launch its Xiaomi 12 flagship in December 2021, immediately after the Snapdragon 898 CPU. It has leaked before, in renders, but this time we catch a glimpse at some hands on photos. The source also mentions that the debut may happen sooner than expected.

It was photographed on a subway and it has a case on, in order to hide its design traits. The device seems rather long and narrow, perhaps longer than the Mi 10 and Mi 11. We also get narrow bezels, most likely narrower than before, plus a small punch hole at the top front. Xiaomi 12 was certified by Indian authority BIS recently, once again confirming it’s close to debut time.

Aside from the 4 nm processor, we may get 12 GB of RAM and 512 GB UFS 3.1 storage. There’s a 4500 to 5000 mAh battery here with 100W charging and 50W wireless charging. A recent patent showed that either Xiaomi 12 or a future flagship may end up with a vertical camera module integrated in a central area on the smartphone’s back. I’m particularly curious about the main camera design, since the Xiaomi Mi 11 had that unique Yin-Yang camera, replicated on the entire Mi 11 series and even on the Mi Pad 5 tablets.

About Kelvin
Passionate about design, especially smartphones, gadgets and tablets. Blogging on this site since 2008 and discovering prototypes and trends before bigshot companies sometimes
Apple Airpods Tricks You’ll Wish You Knew before Now   What Were the First Cell Phones like?