Mohammed Shihuzaan imagined an interesting Jolla phone concept with Sailfish OS on board. As you know, a big part of Nokia’s MeeGo team migrated to other projects and those “other projects” include Jolla. This device is a tad bulky, but seeing how big and thick the Nokia Lumia 920 is, nothing surprises me anymore. 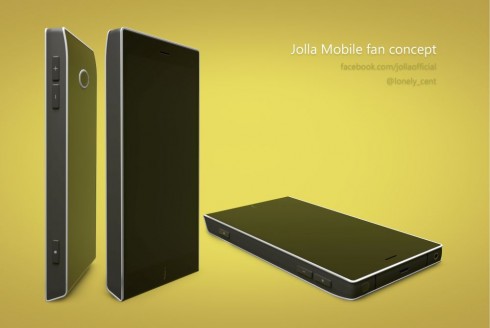 This Jolla Phone features a 3.9 inch LCD display, with a 854 x 480 pixel resolution and you should know that the “J” letter at the bottom is a notification LED as well. The device has USB OTG and mass storage of 16GB, plus 2 GB of RAM and an Intel Atom processor, plus LTE support. At the back there’s an 8 megapixel camera and at the front there’s a 2 megapixel shooter. The battery on the Jolla Phone is non removable.

The device seems to have a physical camera button and a very discrete camera integration. Honestly speaking, the design of the buttons seems a bit old and the camera strangely lacks a flash. I can’t figure out if this is supposed to a real smartphone or maybe a test mockup for Jolla programmers…