New Samsung Galaxy S4 Render by Alessio94X: All About Minimalism

Deviantart user Alessio94x has created a very interesting Samsung Galaxy S4 concept, that you can check out below, in two versions. He created two different versions of the camera sensor area, with the second one below being the more elegant and also larger one. 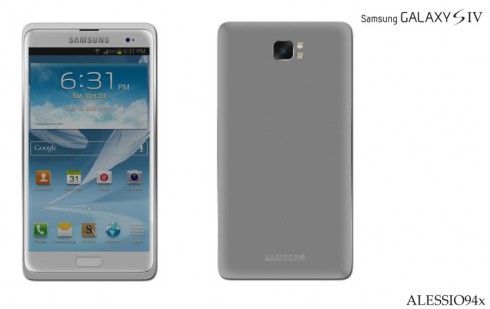 The handset looks pretty simplistic, minimalistic and feels like a comfortable thing to hold. I imagine that the back gives out a velvet-style feeling or it uses that nice finishing material that the BlackBerry PlayBook had for example.  The camera at the back of the Galaxy S4 features a dual LED flash and if I were to guess, I’d say that Samsung would finally jump to 10 or 12 megapixels this time. There’s also a discrete front camera and a very neatly integrated Home button too. I supposed that near it we find the usual Back and Menu buttons.

Since we’re going deeper into the future, this model could run Android 4.3 or Android 5.0 or whatever Key Lime Pie ends up being. It should also have LTE on board, NFC and an evolved version of the Nature UX, a new Smart Stay and definitely a new S Voice, that was a bit disappointing. The battery couldn’t hurt an upgrade as well. As far as CPU goes, an ARM Cortex A15 of the Exynos kind would be fine. When it comes to diagonal, everyone is talking about 5 inches, but what about the sweet spot of the Galaxy Nexus, at 4.65 inches? Could this Samsung Galaxy S4 take on the iPhone 5S? 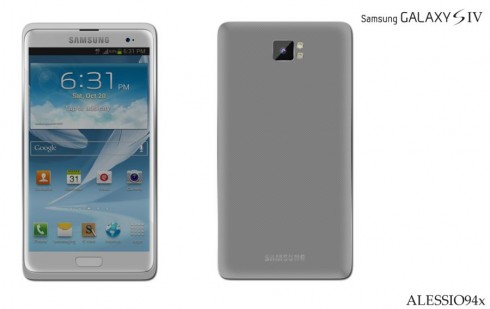