Lumia Kids 330 is a Phone for the Little Ones

I love it when someone comes up with a concept for the elderly, people with sight problems or other public segments. It’s all because those niches need phones more than the average user and they need specially designed devices. One such niche is kids phones, such as the device below. 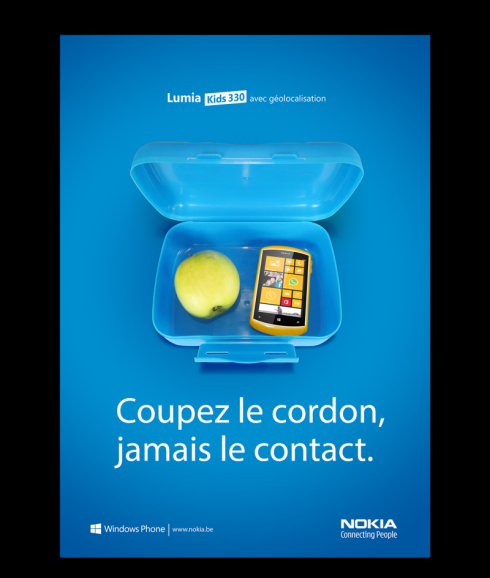 Rendered by Sandro Candrilli, from Belgium, the Lumia Kids 330 also has a cute poster associated to it. The selling point of this affordable and bulky device is its geolocation service, that should make it easier for parents to track their kids’ location. The device is obviously based on Windows Phone and adopts the usual Fabula Design, with a rounded top and bottom.

The Lumia Kids 330 is made of plastic and it’s shown in a lunchbox, together with an Apple, clearly directing it towards the kids. From what I see here, the phone is either inside some kind of case, or it has extra large volume buttons. I have an idea: price this phone at $99 and it will sell like hot cakes.

About Kelvin
Passionate about design, especially smartphones, gadgets and tablets. Blogging on this site since 2008 and discovering prototypes and trends before bigshot companies sometimes
I am #SamsungGalaxys6: An Ivo Maric and Jermaine Smit Creation (Video)   Exclusive: 3D Printed Galaxy S6 Gets Caught on Video and Pictured