I am #SamsungGalaxys6: An Ivo Maric and Jermaine Smit Creation (Video)

When two designers put their minds together, a great concept comes out. This is the case of the cooperation between Ivo Maric and Jermaine Smit, that we teased here. They have been working on a finalized Galaxy S6 concept and also threw in a Galaxy S6 Edge. Today we’re here to show you the Galaxy S6 renders and check out a video of the two devices. 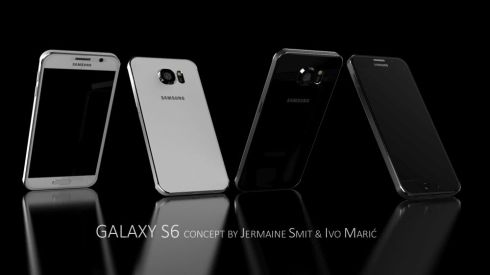 This Galaxy S6 model features a big protruding back camera, with a metal ring around it and the heart rate sensor and flash are placed on its side, to the right. The back of the phone is made of glass and the whole device looks a bit thicker than the 6.9 mm profile that the press is talking about. Samsung Galaxy S6 has metallic edges, very slim screen bezels and a Home button that resembles the one on the Galaxy S5.

It’s a bit wider than expected and its elongated volume buttons make me think of the iPhone. Surprisingly, the way Ivo Maric and Jermaine Smit rendered the phone makes it resemble the iPhone 6 less than the renders we’ve seen out there. It may be the width… Be sure to check out the video below, for a glimpse at the Samsung Galaxy s6 Edge as well.

Wireless charging is also demonstrated in the clip, as well as the curve of the Galaxy S6 and the #perfectshot of the camera. All sorts of colour versions are rendered, too. 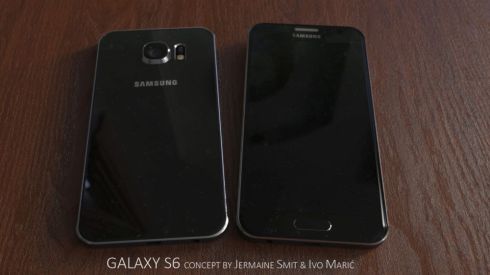 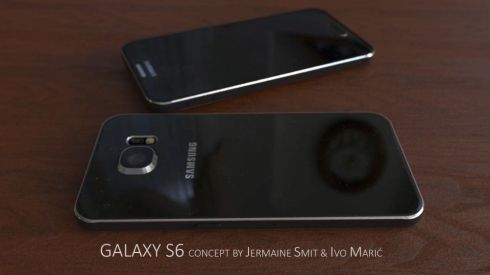 [via Jermaine Smit and Ivo Maric]

About Kelvin
Passionate about design, especially smartphones, gadgets and tablets. Blogging on this site since 2008 and discovering prototypes and trends before bigshot companies sometimes
Meizu MX5 Rendered by uva7 Dance, Complete With Specs   Lumia Kids 330 is a Phone for the Little Ones