Lumia Tutto Concept is a Lumia 940 Extension, a Tablet and Laptop 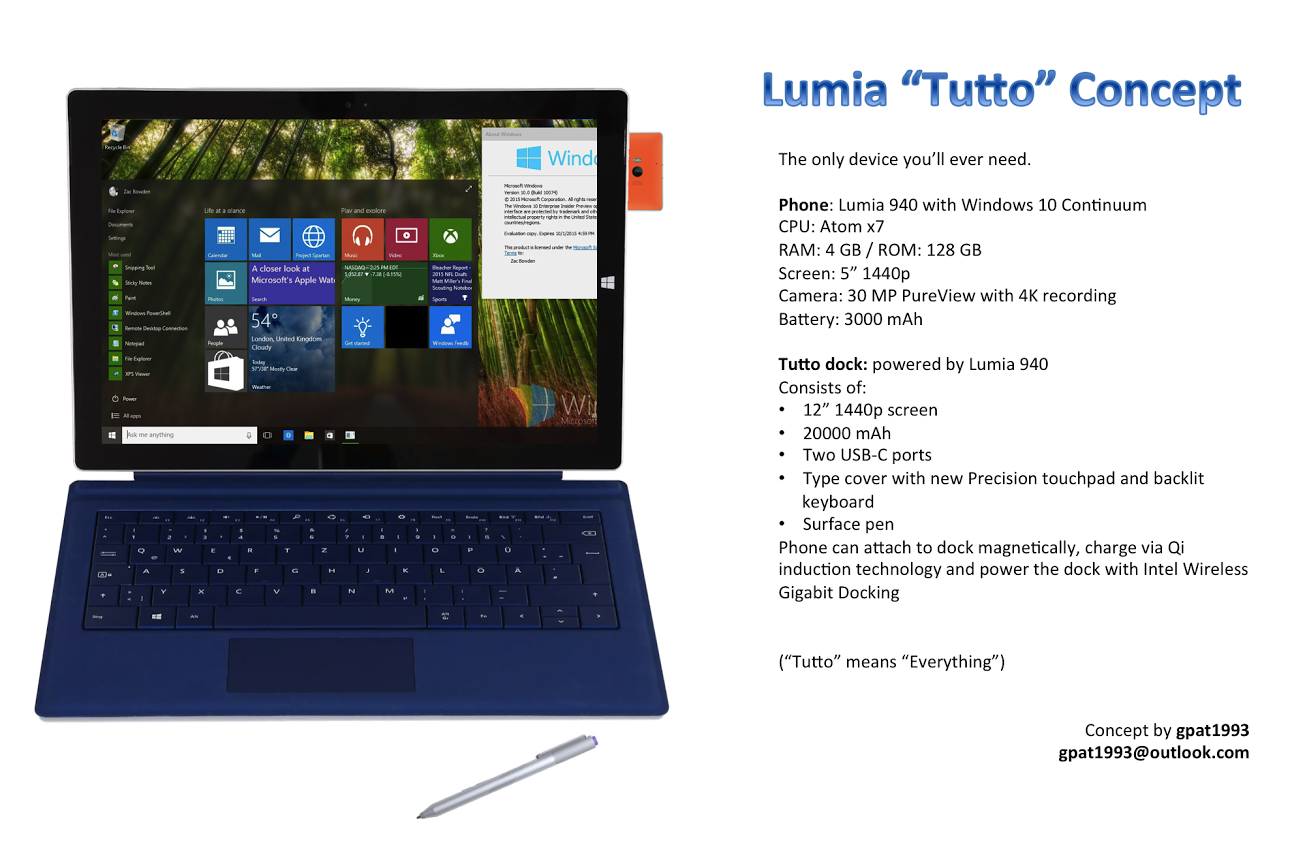 Designer gpat1993 has created an interesting PadFone-like device, dubbed Lumia Tutto. This model features an expansion of the Lumia 940 with Windows 10 Continuum. It all revolves around a tablet that takes Win 10 for Phones and turns it into full Windows 10. 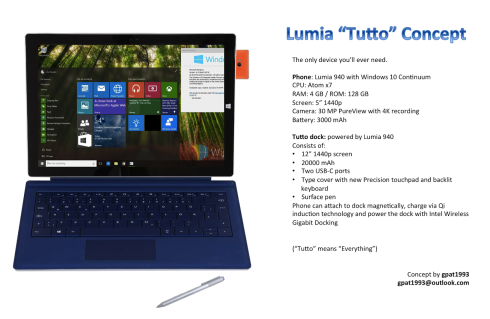 The keyboard shown here is a Type Cover with a new Precision touchpad and backlighting. A Surface pen completes the package and the phone can attach to the dock magnetically and charge via Qi induction technology. This feels like a modular Surface of sorts and it’s a good idea.

About Kelvin
Passionate about design, especially smartphones, gadgets and tablets. Blogging on this site since 2008 and discovering prototypes and trends before bigshot companies sometimes
Samsung Galaxy Tab S2 Tablet Rendered by Saber Mahmodi, Inspired by Galaxy S6 Edge   Sony Xperia R is a Dual Boot Phone, With Both Windows Phone 8.1 and Android 5.1 on Board