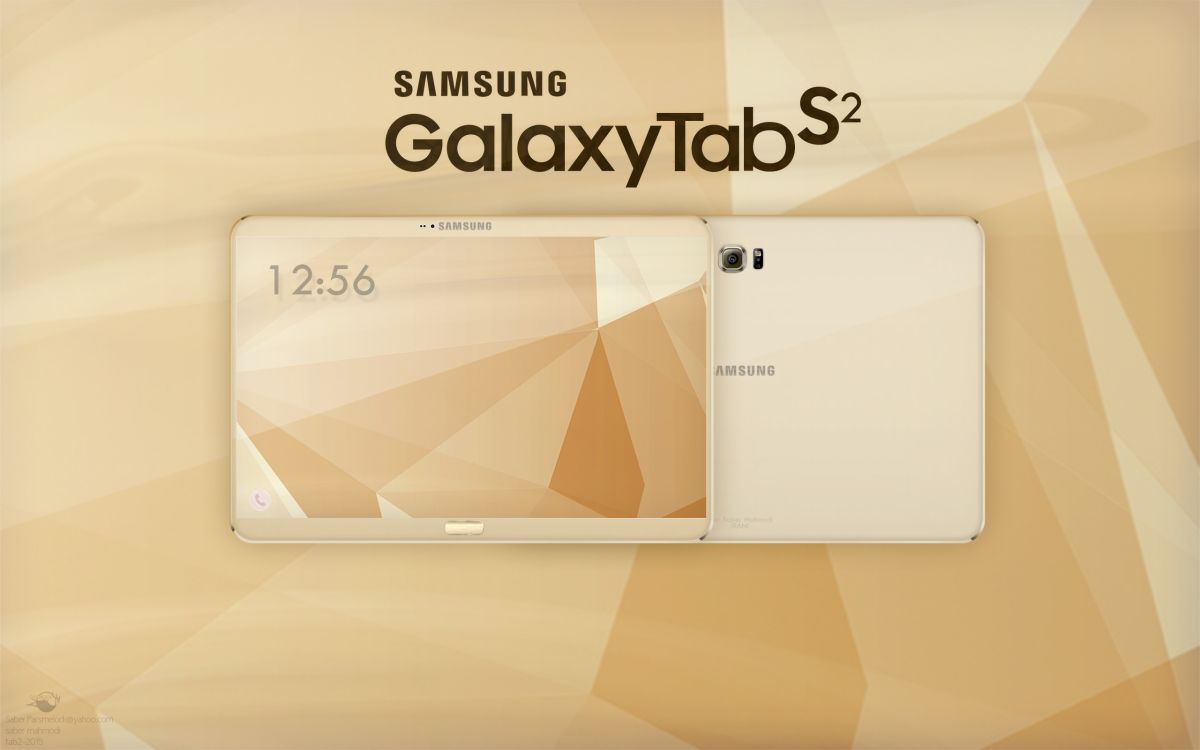 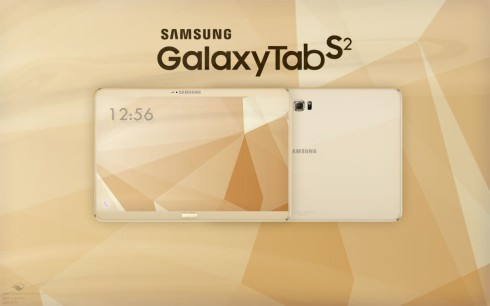 This model seems to come in a golden version, with a big Home button, most likely with a fingerprint scanner inside. The edges are very rounded and there seems to be a pulse sensor at the back. If you look closely, you’ll see the screen bezels are very narrow, so narrow they may lead you to believe this screen is curved, much like the Galaxy S6 Edge.

From what I’ve heard the tablet will be available in either a WiFi model or a WiFi + LTE unit. Specs will include 3 GB of RAM, 32 GB of storage, Android 5.0, a Super AMOLED panel and a 64 bit Exynos processor. There will be an 8 megapixel camera here, at the back and a front 2.1 MP shooter. Samsung Galaxy Tab S2 are said to measure as little as 5.4 mm in thickness, which is incredibly. 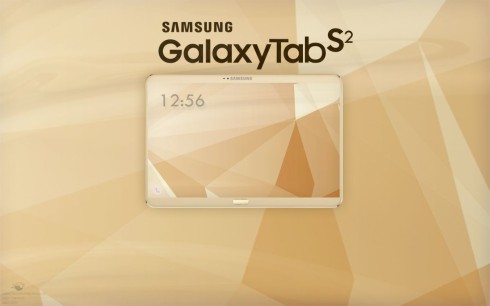 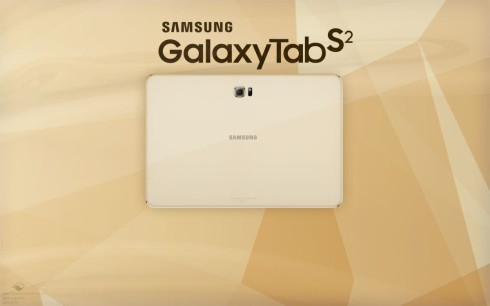 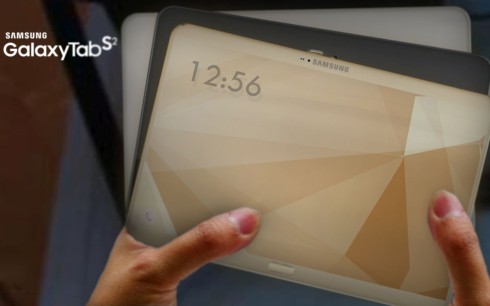 About Kelvin
Passionate about design, especially smartphones, gadgets and tablets. Blogging on this site since 2008 and discovering prototypes and trends before bigshot companies sometimes
Martin Hajek Renders New iPhone 7 Concept, With Home Button Integrated Within the Screen   Lumia Tutto Concept is a Lumia 940 Extension, a Tablet and Laptop