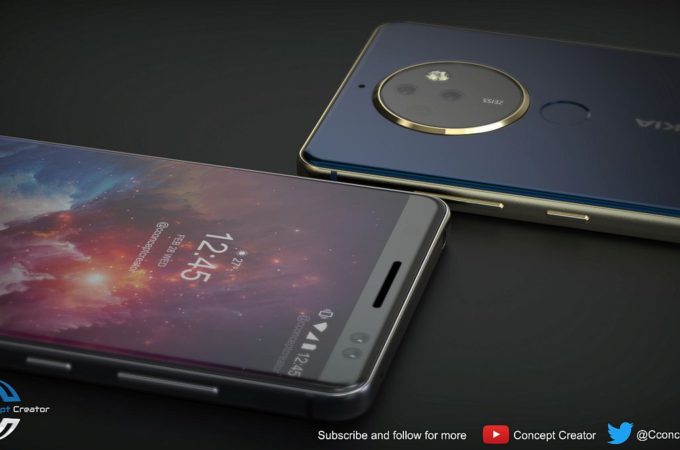 After the Nokia 10 (2018) concept from yesterday, today we are treated to new renders of the same machine. This time, we get a Nokia 10 Penta Lens phone made by Concept Creator, who previously teased this elegant piece of work. 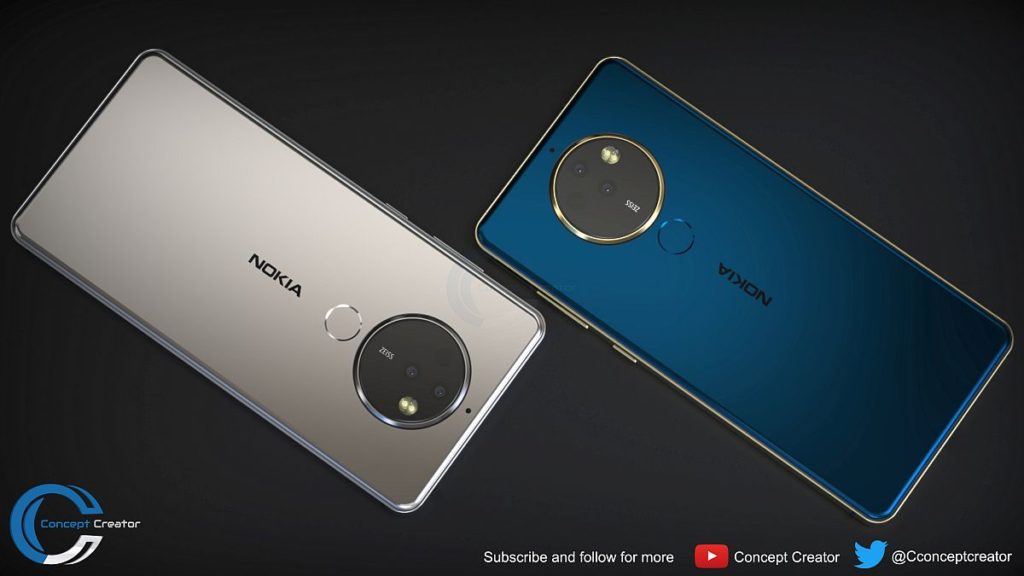 It brings back the huge camera module of the Lumia 1020 and it does so in style. There’s a beefy metal frame here, keeping everything together and a generous earpiece upfront. The design is based on leaked sketches and adopts the same curved back of the Nokia 9. The device is actually glossier than it looks in the renders, or at least its video makes it look so. 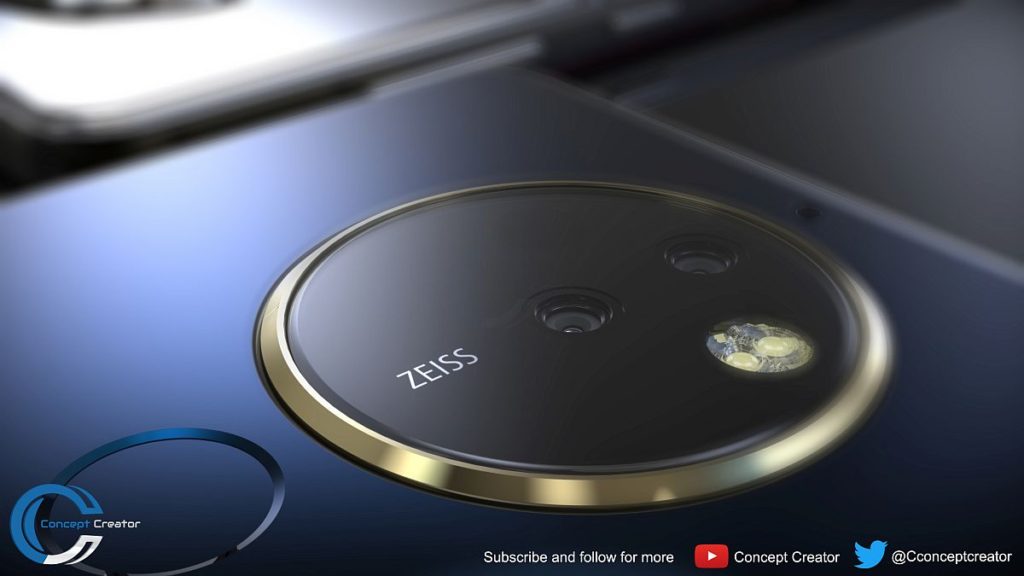 I respect Concept Creator for the crazy closeups he came up with in the video render, which require a huge amount of work. Also, those closeups get us in touch with the new camera module, although the rotating 3 sensor portion seems hidden from sight. We only get to see the two main cameras, while the extra side module, which makes it a Penta Lens machine is either forgotten or hidden. 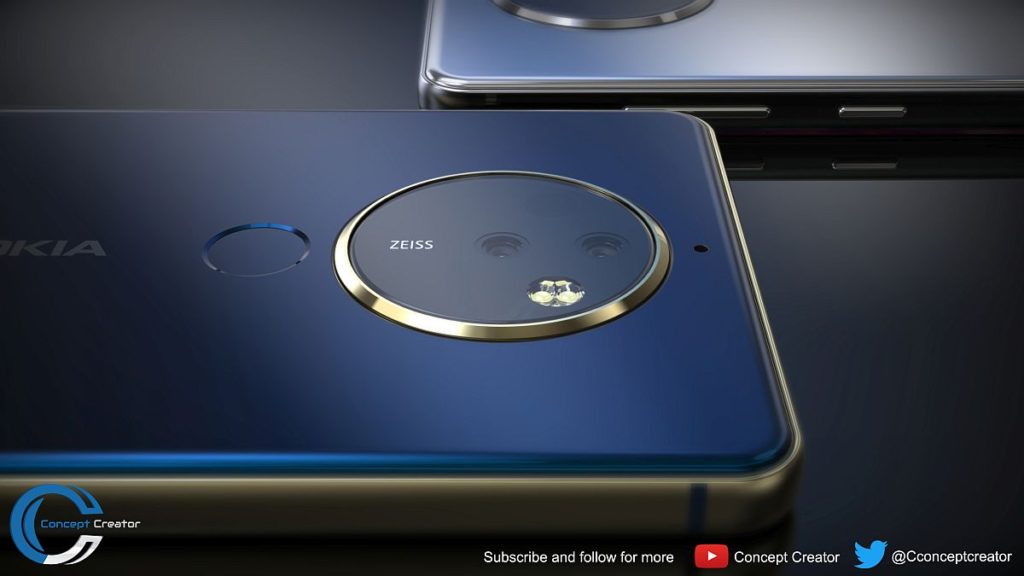 The blue version of the smartphone is certainly good looking and it fits with the golden accents perfectly. It seems like something Samsung would do. The phone manages to have personality at the back, with the Lumia 1020 traits and a modern facade, curved on the sides. Stereo speakers are also here, but Nokia doesn’t seem to go with 18:9 this time around, or cut the bezels excessively.

Which design do you prefer? The one from yesterday or this one? 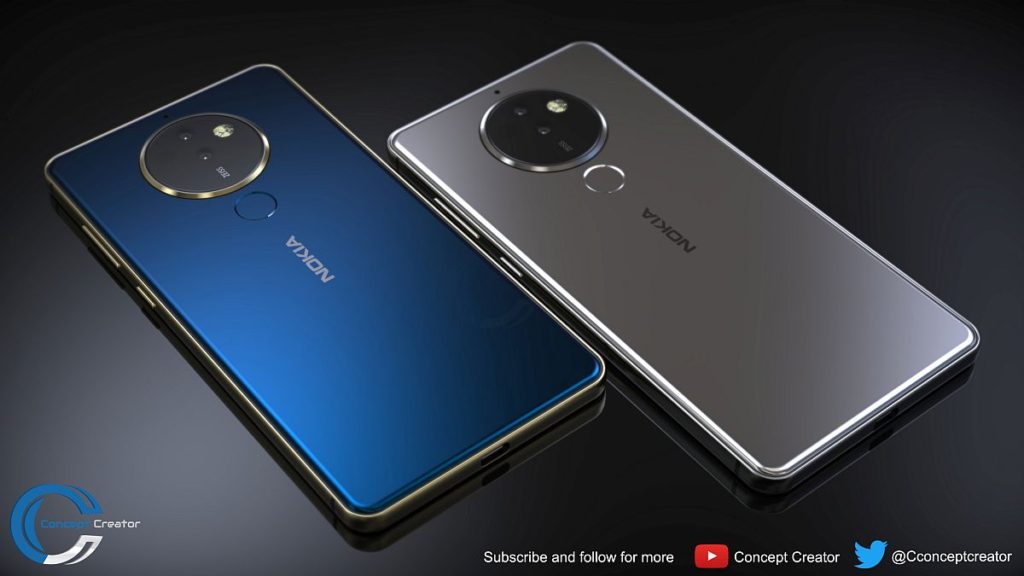 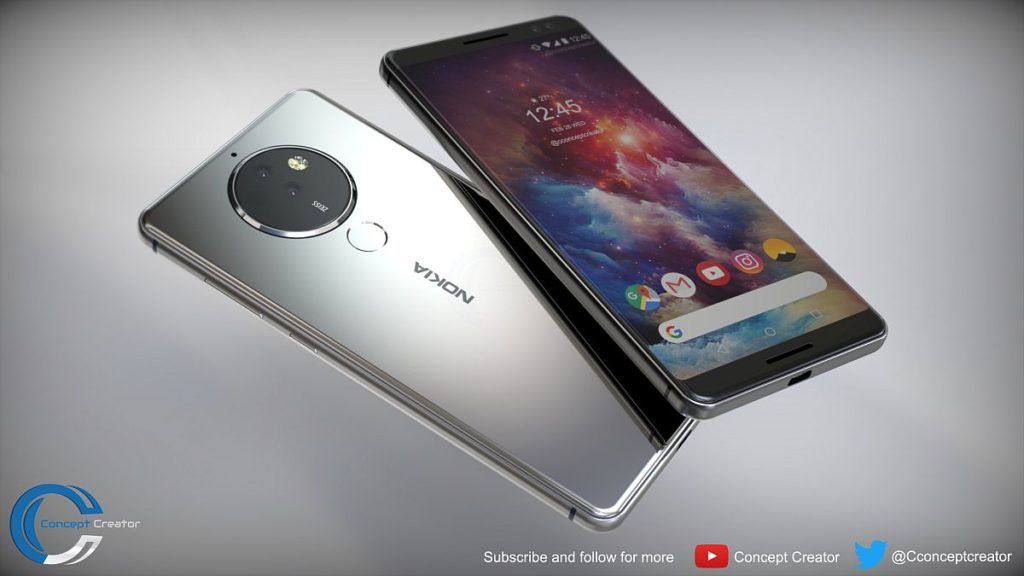 About Kelvin
Passionate about design, especially smartphones, gadgets and tablets. Blogging on this site since 2008 and discovering prototypes and trends before bigshot companies sometimes
Razer Phone 2.0 Really Feels Like a Console More Than a Phone   Nokia 10 (2018) Just Got Rendered, Penta Lens and All (Video)