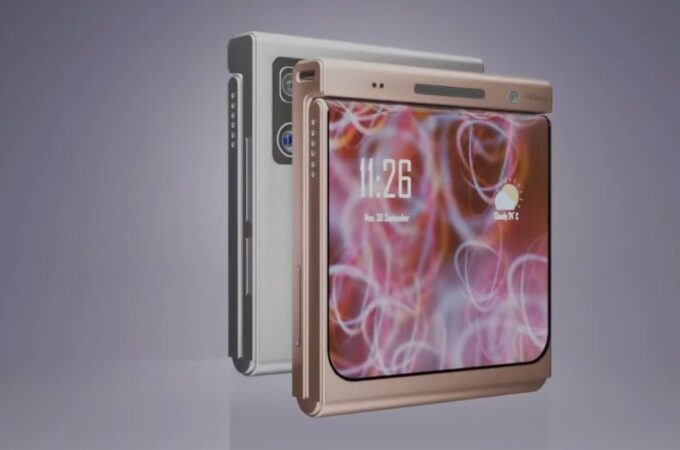 HMD hasn’t even launched a flagship phone for the past 2 years, but apparently it’s ready to venture in the world of foldables. At least according to rumors and leaks. The latest comes from YouTube channel PEACOCK, who envisioned a foldable clamshell Nokia phone, dubbed Nokia Flip.

Nokia is far from being the innovator and risk taker from 20 years ago. Even back in 2008 they had a crazy concept called Nokia Morph, which predicted a sci fi future, that never happened. This time we get to see a Nokia Flip phone, with a side placed USB-C port and a pretty big, but fasionable chin, which actually makes more sense than the Moto RAZR one. While the design is fine, seamless and includes both an inner screen an an outer one, the 200 megapixel camera sounds like overkill.

We have a 4.2 inch AMOLED screen on the external side, plus a 7.1 inch foldable AMOLED panel with 144 Hz refresh rate. I like how sturdy this device feels, unlike the other flimsy clamshell phones. It’s odd for me that the designer decided to put Android with MIUI on top here, forgetting that Nokia and Xiaomi have nothing in common. The side placed stereo speakers are a nice touch and back to the overkill, the device goes as far as to have 18 GB of RAM and UFS 4.1 storage.

A 6200 mAh battery is also here, with 100W fast charging and a discretely integrated selfie camera. One thing I’m not sure about is the idea of having rounded corners for the screen.

About Kelvin
Passionate about design, especially smartphones, gadgets and tablets. Blogging on this site since 2008 and discovering prototypes and trends before bigshot companies sometimes
iPhone 13 Gets a Beautiful Waterfall Screen, Dual Under Screen Camera   Samsung Galaxy Z Flip 3 Leaks In Hands On Pictures