What if Nokia Made an iPod Nano With Windows Phone?

We’ve seen Sony and Motorola trying their hands with a watch/media player thingie that’s supposed to be a sport-focused companion to your Android phone and more. We’ve also seen a concept Windows Phone watch that would make Dick Tracy jealous. However, this time we get to see an interesting iPod nano alternative created by @JustinAngel, an engineer at Nokia. 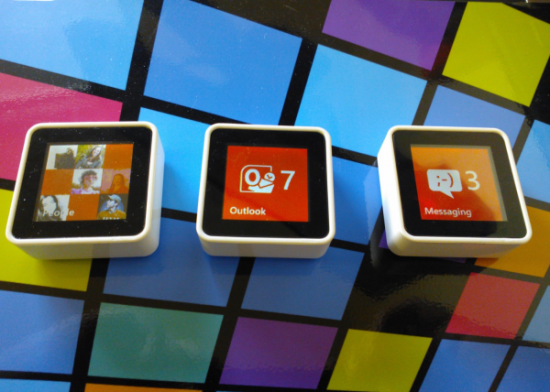 He’s been working on his spare time and came up with this idea for fun only. Imagine a dozen of friends, each one with his own “tile” of fun, music and video. Now picture them putting together their Nokia players and creating a bigger screen. Sounds nice, right? The alternative would be using this Nokia iPod Nano as is, communicating with your Windows Phone, letting you know about texts and missed calls and taking over the music duties from it. It’s nice to see Outlook here and the People Hub, but I’m not so sure they’ll be used well on a small screen.

Nokia has always been good at making accessories, so they could come up with a kickass gizmo like this for the Lumia, that would make it even cooler. If they manage to somehow integrate this as an “Xbox badge” and allow gamers to interact, it will be pure gold.