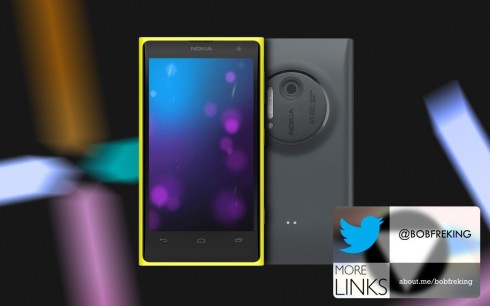 That model runs Windows Phone 8, but I hear more and more people talking about wet geek dreams involving Android on a Nokia smartphone. This Google Edition of the Lumia 1020 keeps the same approach as the Galaxy S4 and HTC One Google Editions: the same specs, but stock Android on board. As you can see, this phone has a 41 megapixel sensor, Xenon flash and LED flash.

It also packs a dual core CPU, a HD Clearblack AMOLED display and probably 16 or 32 GB of storage. I guess it would be horribly tough to replace the Windows Phone physical buttons with no buttons at all, except for virtual ones (Back, Home, Multitask). All of tech savvy people have lost hope of an Android Nokia. Have you?

About Thrystan
Nokia N Gage Concept is a Gaming Console and Phone Based on Android   Budget iPhone Renders Are Realistic, Beautifully Colored, Created by Martin Hajek