After the yesterday Nokia concept today we have a new one, designed by Karl Panase and called Lumia EOS Pureview. The handset runs Windows Phone 8 Blue, the new release that is expected to come in a few months. The device features a pretty familiar design, not so far from Lumia 920, but much thinner and with a camera area that’s much like the Pureview 808. 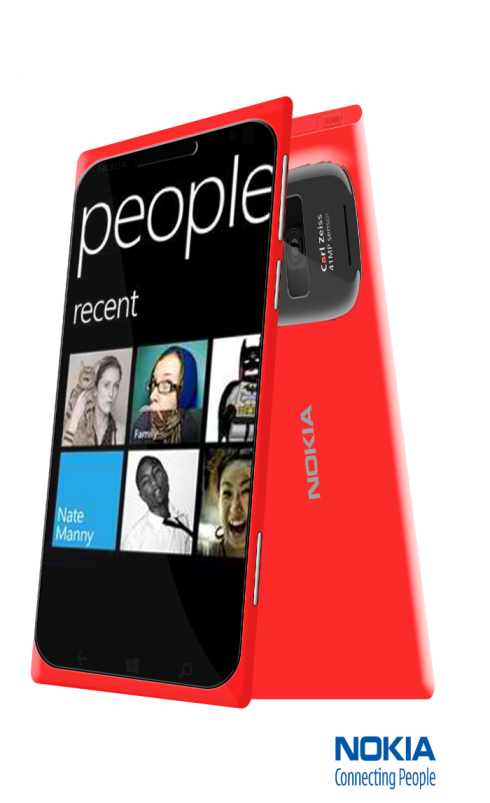 The camera does 1080p 30 fps video capture and has lossless digital zoom when filming as well. The Nokia Lumia EOS concept has a secondary 2 MP cam at the front, an IPS LCD touchscreen with a 4.65 inch diagonal and a 1280 x 768 pixel resolution. This is a PureMotion HD+ ClearBlack display and the phone measures 10 mm and weighs 185 grams, just like the Lumia 920, although it looks a bit thinner. Finally we’ve got a non removable Li-Ion 2300 mAh battery on board, but I frankly wish the battery was bigger.