Nokia N Series Is Back, With a 2020 Smartphone Concept 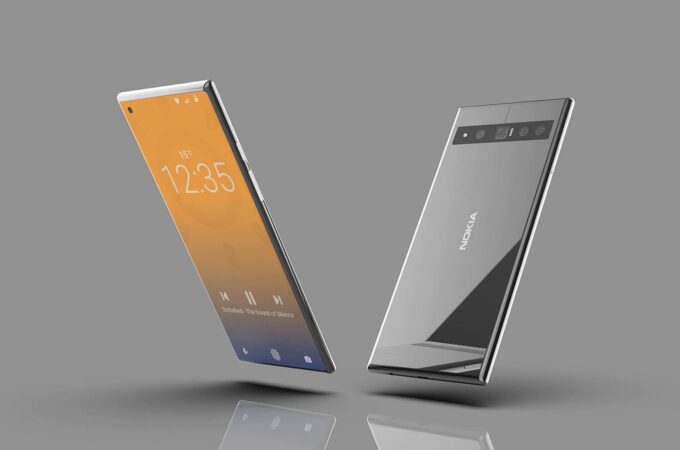 Designer Life Style, who recently proposed a new Sony PlayStation Phone is now back with a Nokia N Series 2020 model. This smartphone concept makes the device sleeker and somehow manages not to include a physical keyboard. It feels like something LG would pull off, considering the horizontal camera orientation.

The back side of this concept phone is basically a mirror, or a slab of glass finished like a mirror and the device also has a punch hole for the selfie camera. It does bring back some elements from the Nokia N9 real model and Nokia N10 concepts, but it’s not very distinctive. There are actually two types of N Series to think about: devices like the N95 or the crazy N900 and the experimental Nokia N9, which spawned the whole Lumia series with its design and also influenced the iPod nano apparently. This time, the Nokia N Series 2020 just adopts a lot of glass, maybe even ceramics for the back side and keeps things flat.

We have a curved front and back and curved sides, with only gently rounded edges for improved grip. The device is very slim and has discrete physical buttons, plus a non protruding camera. Judging by the middle cam it may well be a periscopic shooter, but it’s still round, not square, so maybe I’m reading too much into it. This is definitely a different approach compared to the one prepared by the Nokia 9.3 Pureview coming in November. The best thing about this concept is the fact that it has those “domed” ares are the at corners and top plus bottom, where the glass meets the metal frame.

About Kelvin
Passionate about design, especially smartphones, gadgets and tablets. Blogging on this site since 2008 and discovering prototypes and trends before bigshot companies sometimes
Oppo Reno Flip 5G Phone is a New Foldable Phone That Teaches Samsung and Motorola a Thing or Two   HTC Foldable Smartphone Does Things Differently (Renders)